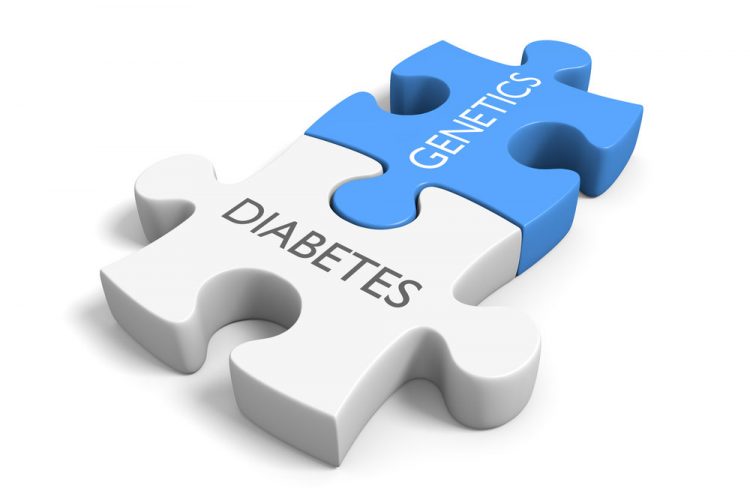 Scientists have identified a gene that in women is linked to the creation and location of new fat cells and therefore is thought to contribute to the risk of type 2 diabetes.

The researchers found that genetic variations that control KLF14 were associated with where in the body excess fat was stored. In women, versions of the gene that result in fat being stored around the hips, rather than the abdomen, were linked to a lower risk of diabetes.

The gene does not have an effect on overall weight but different variations of KLF14 were also related to the development and size of fat cells. Women with variations of the gene linked to the deposit of fat around the abdomen had fewer, larger fat cells which are less efficient. This means that the body’s sensitivity to insulin is decreased and therefore suggests that carriers of this variation of the gene are more at risk of diabetes.

Dr Roger Coxopens a co-senior author on the study from MRC Harwel, said: “This study highlights how a risk version of a gene can have fascinatingly complex and specific effects, as this diabetes-associated gene acts only in women who inherit the gene from their mother.”

The researchers undertook an analysis of biopsy and blood samples taken from 856 female participants from the TwinsUK cohort alongside fat biopsies from the Oxford BioBank and genetic data from the UK Biobank. The team also confirmed some of the findings in mouse models of the KLF14 variant although these models did not show the same female-specific effects shown in human cell models.

The findings provide new insight into a large genetic network involved in the mechanism of diabetes risk. It is hoped that this understanding may lead to better preventative measures and improved health advice in the future.

Dr Kerrin Small, lead author of the study from the Department of Twin Research and Genetic Epidemiology said: “These findings provide one of the complete understandings of a piece of genetic data – we have studied the type 2 diabetes-associated version of the KLF14 gene to the point that we understand not only where and how it acts in the body but also who it acts in – women who inherit the diabetes-associated version of the gene from their mother.

“We hope that by building on these findings with further research to try and understand why the gene variant only affects diabetes risk in women that we can contribute towards better treatment plans and prevention and move towards more personalised approaches to medicine.”

Prof Mark McCarthy, a senior author, from the University of Oxford said: “Being overweight is known to increase the risk of type 2 diabetes, but this study shows that not all fat is equal: where any excess fat is stored in the body has a big impact on disease risk. Here we identify a key gene involved in women in determining whether excess fat is stored around the hips (where it tends to be free of metabolic consequences) or around the waist (where it is particularly likely to increase diabetes risk).

“Rather than assuming that genetic variations exert their effects in the same way in different people, our new work highlights the importance of taking a ‘holistic’ approach to understanding the causes of disease, interrogating how genes function in different tissues and in different sexes.”

The study received funding from the MRC, Wellcome, British Heart Foundation, NIH and other research funders.

The research has been published in Nature Genetics.