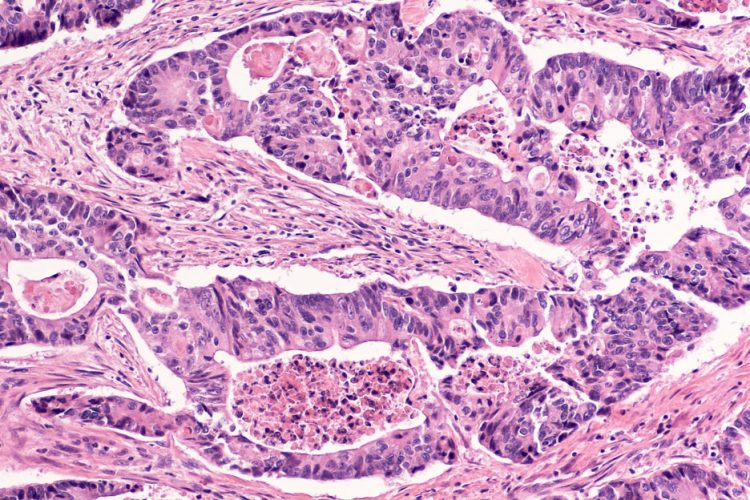 New research on bowel cancer has shown that every tumour is different and that every cell within a tumour is also genetically unique. In the first study of its kind, researchers used the latest single cell and organoid technologies to understand the mutational processes of the disease.

The study will help researchers understand mutational processes, and may allow them to target cancer-specific processes for prevention or treatment.

The team worked on tissue from three patients with colorectal cancer, taking normal bowel stem cells and cells from four different areas of the tumours. They then grew these into organoids – 3D ‘mini-guts’ – in the laboratory to amplify the single cells so they could be studied.

Colorectal cancer is the third most common type of cancer worldwide making up about 10 percent of all cancer cases, in the UK alone, over 41 thousand people are diagnosed with the disease every year*.

It was known that colorectal tumours contain subclones that react differently to treatment; however until now it has not been possible to study single cells from tumours and normal tissue to get an accurate picture.

Prof Hans Clevers, from Hubrecht Institute in the Netherlands, a joint corresponding author on the paper, said: “Organoids had not been used to study single cancer cells before. Nobuo Sasaki in my lab isolated multiple single cells from the tumours and grew them up as organoids. This enabled us to study each cell without the errors that standard single-cell methods bring. For the first time ever, we could make a really comprehensive comparison of individual normal and tumour cells from the exact same type of tissue, taken at the same time, from the same person, and see how cancer had developed.”

The researchers discovered that the tumour cells had many more mutations than normal cells and that not only was each bowel cancer genetically different, but each cell they had studied that cancer was different.

Dr Sophie Roerink, the joint first author from the Wellcome Sanger Institute, said: “We found mutational processes in these cancer cells that are just not seen in normal cells, leading to a huge increase in mutation rate for tumours compared with normal cells. This then leads to remarkable genetic diversity within the tumours. We knew before that cancers contained subclones, but this is the first time that anyone has shown that each cell in a tumour is different.”

Prof Sir Mike Stratton, a joint corresponding author on the paper from the Wellcome Sanger Institute, said: “This study gives us fundamental knowledge on the way cancers arise. By studying the patterns of mutations from individual healthy and tumour cells, we can learn what mutational processes have occurred, and then look to see what has caused them. Extending our knowledge on the origin of these processes could help us discover new risk factors to reduce the incidence of cancer, and could also put us in a better position to create drugs to target cancer-specific mutational processes directly.”

The study has been reported in Nature.