Scientists utilise computational biology techniques in a bid to enable doctors to use targeted therapies for cancer patients. 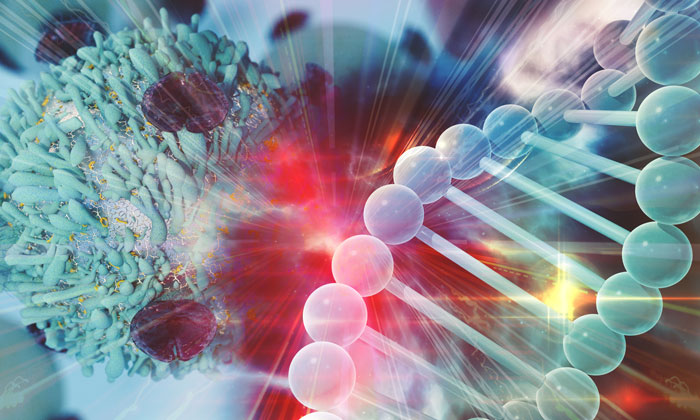 Despite the great successes of targeted cancer drugs and the promise of novel immunotherapies, the vast majority of people diagnosed with cancer are still first treated with chemotherapy. Now, a new study using techniques drawn from computational biology could make it much easier for physicians to use the genetic profile of a patient’s tumour to pick the chemotherapy treatment with the fewest side effects and best chance of success.

Commenting on their ambitions for the study, Sourav Bandyopadhyay, PhD, a professor of bioengineering and therapeutic sciences in UCSF‘s Schools of Pharmacy and Medicine, said: “Since 95 per cent of cancer patients still get chemo, we realised we could make a major impact on cancer treatment by helping clinicians prescribe the right chemotherapy drug,”

Chemotherapies are potent toxins delivered into the bloodstream to kill tumour cells throughout the body by damaging DNA in rapidly dividing cells. However, these poisons can also do significant harm to other dividing cells, such as those found in the stomach lining and in hair and nail follicles, as well as the blood and immune stem cells in the bone marrow. In addition, cancer cells’ susceptibility to these agents varies widely, and tumours often develop resistance to drugs that initially seem effective.

There are more than 100 chemotherapy agents in wide use, but oncologists have very little information to guide their decisions about which of these drugs to use in a given patient. These decisions are typically guided by the drugs’ average historical success rate for different types of cancer, rather than any understanding of how the chemotherapy drug will interact with the genetic profile of a specific tumour.

“We know very little about how gene mutations in tumour cells can change how a tumour might respond or not to certain chemotherapy drugs. Mapping these sorts of connections could make it possible to optimise which drugs patients get based on their tumour genetics,” said Bandyopadhyay, a member of the UCSF Helen Diller Family Comprehensive Cancer Center and the Quantitative Biosciences Institute.

Making the connection with chemotherapy

In the course of the study, Bandyopadhyay‘s lab has systematically mapped connections between 625 breast and ovarian cancer genes and nearly every FDA-approved chemotherapy for breast or ovarian cancer. Led by Hsien-Ming “Kevin” Hu, PhD, Bandyopadhyay’s group developed a high-throughput combinatorial approach that allowed them to perform 80,000 experiments in laboratory dishes in a matter of weeks. The authors said their results, which they have made publicly available, constitute an invaluable resource to help clinicians predict which chemotherapies will be most effective against tumour cells with particular genetic mutations, and enable them to rationally combine therapies to prevent cancers from developing resistance.

“We’re trying to take a systems view of chemotherapy resistance,” said Bandyopadhyay. “With rarer mutations in particular, there aren’t enough patients for large clinical trials to be able to identify biomarkers of resistance, but by considering all the different potential genetic factors that have been identified together in one study, we can robustly predict from experiments in laboratory dishes how cancers with different genetic mutations will respond to different treatments.”

The team began by identifying hundreds of genes that frequently mutate in human cancers: 200 implicated in breast cancer, 170 linked to ovarian cancer, and 134 involved in DNA repair, which is compromised in many types of cancer. They then mimicked the effects of such mutations in lab dishes by systematically inactivating each of these cancer-associated genes in healthy human cells, creating 625 different perturbations that mirrored distinct genetic mutations seen in real breast and ovarian cancers.

The researchers then exposed cells from each of these lines to a panel of 31 different drug treatments – including 23 chemotherapy compounds approved by the FDA for breast and ovarian cancers, six targeted cancer drugs, and two common drug combinations. An automated microscopy system monitored the cells’ health and recorded which groups of cells were killed, which survived, and which developed resistance when exposed to a particular treatment.
The resulting ‘map’ of gene-drug interactions allowed them to accurately predict the responses of multiple human cancer cell lines to different chemotherapy agents based on the cell lines’ genetic profiles. It also revealed new genetic factors that appear to determine the response of breast and ovarian tumour cells to common classes of chemotherapy treatment.

As a proof of principle, the researchers collaborated with Clovis Oncology, a biotech company based in Boulder, Colorado, which is running a clinical trial of drugs known as PARP inhibitors in patients with stage II ovarian cancer. Based on their gene-drug interaction map, the researchers predicted that mutations in two genes, called ARID1A and GPBP1, could contribute to ovarian cancer’s ability to develop resistance to this class of drugs. Results from the clinical trial bore out these predictions: patients with these mutations were significantly more likely to develop resistance.

Bandyopadhyay‘s team has deposited the trove of data generated in the new study in a database maintained by the National Cancer Institute so that other researchers can mine it for information about drug combinations and derive new biological insights regarding the basis for chemotherapy’s success or failure.
The lab is also working with the Breast Oncology Program at UCSF to make this data part of an adaptive clinical trial called I-SPY, which lets researchers identify the most effective therapies based on patient molecular profiling, and is collaborating with members of the UCSF Institute for Computational Health Sciences (ICHS) to put these and other public data into a centralised database that clinicians can access through an app to help make the most appropriate treatment decisions.

This study was published in Cell Reports.