Using data from multiple molecular databases, researchers from the University of Pennsylvania have found nine distinct types of exhausted T cells (‘Tex’), which could have implications for fighting chronic infections, autoimmunity, and cancer. 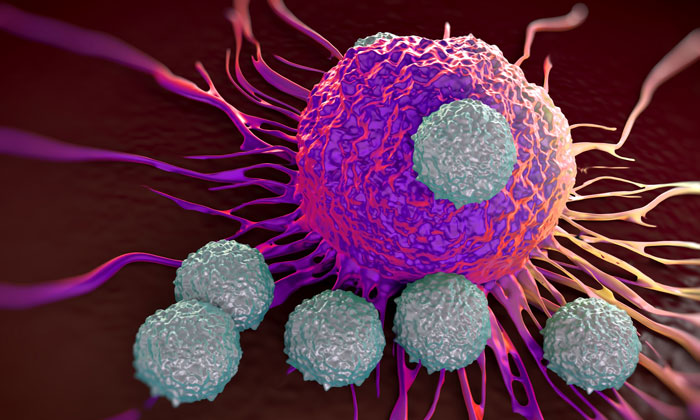 “Exhausted T cells are a discrete cell lineage that have become important immunotherapy targets for chronic infection and cancer,” said senior author John Wherry, PhD, a professor of Microbiology and director of the Institute for Immunology.

“Now, we know that exhausted T cells are a vastly diverse set of immune cells.”

New, highly effective immunotherapies that target these inhibitory receptors expressed by Tex such as PD-1 or CTLA-4 have shown dramatic effects among patients with melanoma and other diseases, with the potential to also combat breast, ovarian and other cancers. Although Tex have been implicated in the response to checkpoint blockade drugs in animal models, the underlying immunological mechanisms of their therapeutic response or failure in people is only now being studied in earnest.

“Exhausted T cells are quite diverse, as are all types of T cells,” Wherry said. “This sheer diversity is the hallmark of the human immune system that has to essentially have a way to respond to every germ an individual might encounter in a lifetime.”

Knowing this, the Penn team asked what the diversity in the Tex pool reveals about a disease itself and its course in a patient. They developed an assay to investigate the molecules that control gene expression in Tex by comparing them to other types of T cells and within a Tex population in blood from HIV patients whose viral load is well-controlled.

Next, they defined core exhaustion-specific genes and identified disease-induced molecular changes in Tex populations in HIV with uncontrolled disease and in human lung cancer. Using this data, the Tex fell into nine distinct clusters of similar expression patterns with regard to transcription factors and inhibitory receptors.

Because of the clusters’ relationships to specific disease type and progression, the team’s aim is to use the signature of a Tex cluster to assess a patient’s overall immune health and the likelihood of responding to a certain therapy.

“We want to be able to select and tailor immune therapies according to a patient’s exhausted T cell pool and its individual characteristics,” Wherry said.