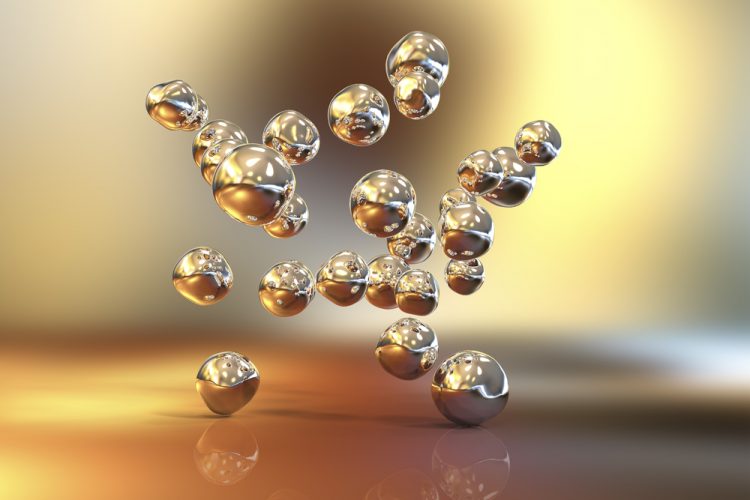 Scientists have used CRISPR-Cas9 gene editing to lessen some autism symptoms in mice with a form of fragile X syndrome, the most common known single-gene cause of autism spectrum disorder.

Employing gold nanoparticles to deliver the DNA-cutting Cas9 enzyme into the brain – a technique developed at the University of California, Berkeley, and called CRISPR-Gold – the researchers were able to edit the gene for a neurotransmitter receptor and reduce the repetitive behaviour characteristic of fragile X syndrome (FXS).

Because exaggerated repetitive behaviours are common features in autism spectrum disorders, the efficient reduction of these behaviours in FXS mouse models demonstrates the potential application of this technique to other types of autism for which the genetic cause is known, the researchers say.

“There are no treatments or cures for autism yet, and many of the clinical trials of small-molecule treatments targeting proteins that cause autism have failed,” said study leader Hye Young Lee, an Assistant Professor of cellular and integrative physiology at the University of Texas Health Science Center at San Antonio. “This is the first case where we were able to edit a causal gene for autism in the brain and show rescue of the behavioural symptoms.”

According to the researchers, CRISPR-Gold has many advantages over other means of getting Cas9 into the body, such as using viruses.

“The really compelling thing about this paper is that Prof Young was able to show that if you injected CRISPR-Gold into the brain, you could knock out disease-causing genes and actually see fairly significant behavioural changes,” said CRISPR-Gold inventor Niren Murthy, a UC Berkeley Professor of bioengineering. “This is the first time anyone had ever shown that with non-viral delivery.”

Those with autism spectrum disorders have problems interacting with other people as well as exaggerated repetitive behaviours, such as rocking and flapping. While ASD appears to have various causes, including multiple genetic mutations, single-gene disorders like FXS are a simpler way of exploring the causes and potential treatments. While autism spectrum disorder affects more than one percent of all children, FXS is rare, occurring in one of every 4,000 boys and 6,000 girls.

The new study is the first demonstration that Cas9 protein can be ferried into the brain to knock out a gene and have therapeutic effects. While other researchers have inserted genes for Cas9 into neurons via viruses like the adeno-associated virus, problems arise because the gene keeps expressing the Cas9 enzyme, leading to the random cutting of other genes. CRISPR-Gold carries the Cas9 complex itself – purified Cas9 protein and guide RNA – directly into cells, where it cuts a few times and then disappears.

“If you inject CRISPR DNA using a virus, you can’t control how much Cas9 protein and guide RNA are expressed, so injecting it via a virus has a potential problem,” Prof Lee said. “I think the CRISPR-Gold method is very cool because we can control the amount we wish to inject and that probably minimises the side effects of using CRISPR, for example, off-target effects.”

The technique opens the door to treating conditions ranging from opioid addiction and neuropathic pain to schizophrenia and epileptic seizures, Prof Murthy said.

In the experiment on mice with FXS, the researchers injected CRISPR-Gold carrying the Cas9 complex into the striatum of the brain, a region known to mediate habit formation, including that related to repetitive behaviours common to ASD. The Cas9 targeted an excitatory receptor, the metabotropic glutamate receptor 5 (mGluR5), that is involved in communication between neurons and is known to be dysregulated in FXS. By disabling the gene for mGluR5, the researchers were able to dampen exaggerated signalling between cells and lessen repetitive behaviour.

“Before this experiment, we didn’t know if the mGluR5 receptor in the striatum was specifically involved in exaggerated repetitive behaviour; that is an important biological finding of our study,” Lee said.

In mice with FXS, the repetitive behaviour included obsessive digging and periodic leaps into the air. The digging was reduced by about 30 percent, while the leaping went down 70 percent. Approximately 50 percent of the mGluR5 genes in the striatum were edited, which cut the number of receptor proteins by nearly half.

Pharmaceutical companies have tried injecting small-molecule drugs into the blood system to block the same receptor, but while some reduction in repetitive behaviour was noted, mice did not respond to subsequent treatments, apparently becoming tolerant.

The promising CRISPR-Gold system was developed by Prof Murthy, who focuses on drug delivery and the development of new antibiotics. The technique uses gold nanoparticles covered by a forest of DNA chains that hold the Cas9 molecules, which are a combination of a gene-cutting enzyme and a guide RNA that homes in on the gene for mGluR5. The package is encapsulated in a polymer that helps it get into the proper cells.

Last year, Prof Murthy and his colleagues demonstrated that CRISPR-Gold could ferry Cas9 into muscle cells and replace a mutated gene with a normal gene to improve strength in mice with Duchenne muscular dystrophy.

The new paper proves that CRISPR-Gold can successfully get Cas9 into a variety of cells in the brain.

“We showed in this paper that we were also able to edit non-neurons: the microglia, which are part of the brain’s immune system, and astrocytes, which support the neurons,” Prof Murthy said. “We actually edited those more efficiently than neurons, and those can play a very important role in a lot of diseases.”

“CRISPR-Gold can be used to treat a variety of genetic diseases, such as Huntington’s disease,” Prof Lee said. “But it’s not limited to monogenic diseases; it can also be used against polygenic diseases, once we figure out the entire network of genes involved.”

The researchers are now working to develop CRISPR-Gold particles that can be injected directly into the central nervous system via the spinal cord, avoiding the need to open the skull and inject directly into the brain. Prof Hye Young Lee is optimistic that this could be as effective as an intracranial injection into the striatum to reduce the repetitive behaviour, and perhaps even address some of the social interaction problems of ASD.

The results will be published online in the monthly journal Nature Biomedical Engineering.