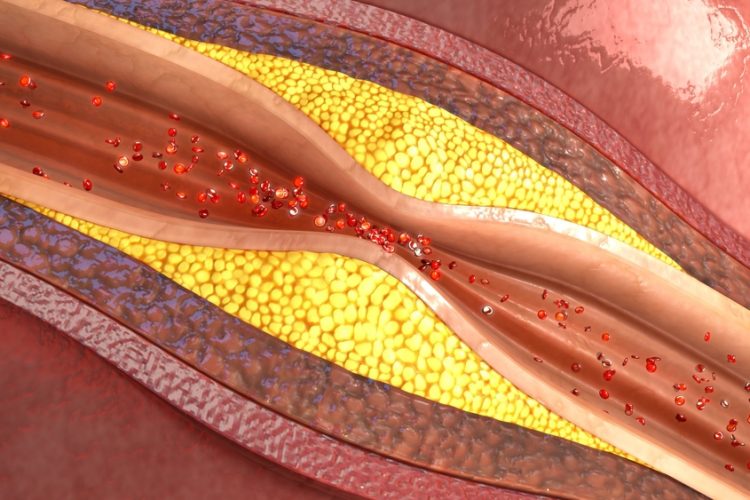 The discovery that exposure to lipids activates a gene called MTHFD2 in the walls of blood vessels was made by researchers from the Institute for Cardiovascular Physiology of Goethe University in Frankfurt, Germany, and the Department of Genetics and Genomic Sciences of the Icahn School of Medicine at Mount Sinai in New York. The researchers used a computational model of the cells lining blood vessels in the human heart developed at Mount Sinai.

Atherosclerosis is caused by the buildup of a complex mixture of components, commonly referred to as plaque, within the inner lining of arteries. Oxidised phospholipids are abundant in this arterial plaque and are thought to promote atherosclerosis progression. However, the specific cellular processes caused by these lipids on the arterial surface are still not well understood. The cells composing the inner surface of blood vessels, called endothelial cells, are at the forefront of the atherosclerotic process and therefore are a major focus of research into coronary artery disease.

“Endothelial cell response to lipids has been studied extensively over the years, but it was still unknown that MTHFD2 was even functional in these cells,” said Dr Jun Zhu, Professor of Genetics and Genomic Sciences at the Icahn School of Medicine; Head of Data Science at Sema4, a patient-centered predictive health company that is a Mount Sinai venture; and co-senior author of the study. “Computational biological models such as the one we used in this study are allowing us to uncover a wealth of knowledge about complex diseases that we never could before.”

The international research team predicted and validated in follow-up experiments that the MTHFD2 gene plays a key role in endothelial cell response to oxidised phospholipids. They found that MTHFD2 was also activated in endothelial cells in response to other factors, such as inflammation or a change in amino acid concentration. This underscores the many factors involved in the development of atherosclerosis that must be understood and taken into consideration when approaching disease therapies.

“Our study showed that when the MTHFD2 gene is activated in endothelial cells in response to oxidised lipids, it sends out molecular ‘danger signals’ promoting inflammation and stimulating the atherosclerotic process,” said Dr Ralf Brandes, Director of the Institute for Cardiovascular Physiology and Professor of Physiology at Goethe University. “These findings suggest that MTHFD2 could be a novel target to disrupt development and progression of atherosclerosis.”

While the role of MTHFD2 in the vascular system was unknown before this study, the gene is known to be consistently activated in cancer, making it a promising target for cancer therapies. MTHFD2 inhibitors are already in clinical trials as anti-cancer therapies. “It’s possible that these therapies could also help prevent coronary artery disease, but more research into the specific role of MTHFD2 in atherosclerosis is needed first before proposing it as a target for potential therapy,” said Dr Zhu.

The study was published in June in Nature Communications.

Icahn School of Medicine at Mount Sinai in New York