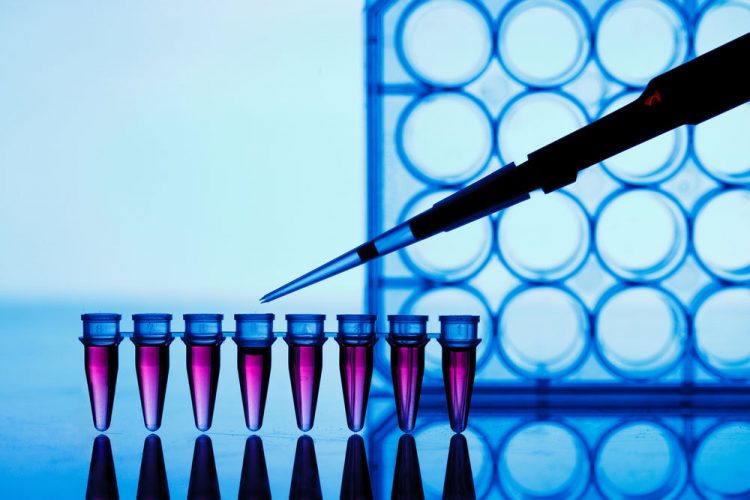 “Sarcomas are rare cancers of bone, fat, or muscle that are difficult to diagnose and are often misdiagnosed. More than 50 subtypes exist. Until now, for each sarcoma subtype and each translocation, a single assay test had to be performed detecting the presence of one single, specific gene fusion. Now, in contrast to conventional methods, 26 different genes can be analysed for their involvement in a translocation in one single assay,” explained Dr Judith V.M.G. Bovée, of the Department of Pathology, Leiden University Medical Center, Leiden, The Netherlands.

To validate the utility of this novel test, investigators analysed 81 samples using the new AMP technique, for NGS using the Archer FusionPlex Sarcoma Kit. They then compared the results to those of more conventional methods, such as fluorescence in situ hybridisation (FISH) and reverse-transcriptase PCR.

The goal of these techniques is to identify specific genetic abnormalities in which regions of genetic material are rearranged (translocated), which can help in diagnosis. “Both FISH and reverse transcription-PCR are accompanied by challenges in routine application. Due to these limitations, the need for novel methods for fusion detection has grown significantly as more and more recurrent translocations are revealed with the advance of NGS,” noted co-author Dr Suk Wai Lam, of the Department of Pathology of Leiden University Medical Center, Leiden, The Netherlands.

Of the 81 samples analysed by the new technique, 70 samples were successfully analysed. Fusions were found in 48 of those, whereas 22 were fusion-negative. In 90 percent of the cases, the results using the new assay agreed with the results of conventional testing.

In four cases, conventional methods missed the translocation (three with FISH and one with reverse transcription-PCR). This problem may occur more frequently in Ewing sarcoma, in which the primer used by reverse transcription-PCR is focused on the most common fusion type and may miss less common alternatives. In another case of Ewing sarcoma, the presence of complex rearrangements went beyond the capabilities of FISH, whereas NGS produced definitive results.

In a case of dermatofibrosarcoma protuberans, the more detailed findings provided by the new assay yielded crucial information that impacted patient management. The assay confirmed the presence of the rare COL1A1-PDGFB translocation, which opened the way for the patient to receive targeted therapy with imatinib.

The new assay also offers other distinct advantages. Its high sensitivity allows it to pick up the presence of a translocation in small samples, and it can be used for analysis of formalin-fixed, paraffin-embedded material as well as fresh frozen tissue. Nevertheless, the study showed a failure rate of 14 percent for AMP-based targeted NGS. “None of the molecular assays used in the current study was able to provide a hundred percent of certainty with respect to false-positive and false-negative results,” stated Dr Lam. “However, we believe this novel test will assist the pathologist in establishing the correct diagnosis in the complex world of sarcomas.”

The study has been reported in the Journal of Molecular Diagnostics