Researchers have determined one way that mutations in a gene involved in a rare, hereditary cancer syndrome lead to out-of-control cellular proliferation… 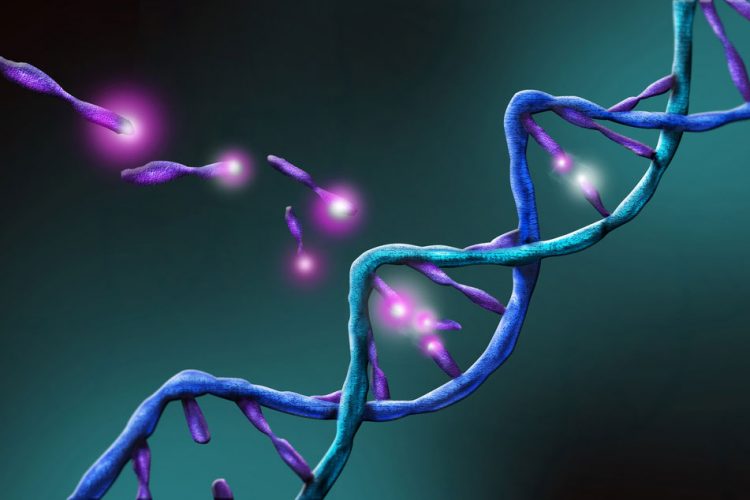 “We have found that NF2-mutant cells of multiple types – including cells that initiate nervous system tumors in familial NF2 and mesothelioma cells with the NF2 mutation – excel at a natural process cells use to gulp up and internalise fluids from their environment, as if they were captured by a breaking wave,” says Dr Andrea McClatchey, of the MGH Center for Cancer Research, senior author of the paper. “This ability enables cells to respond excitedly to growth factors they normally might not detect and may allow NF2-mutant cells to survive and grow outside their normal milieu, ingesting extra nutrients that further fuel their inappropriate responsiveness to growth factors.”

Merlin and related proteins are known to organise the interface between the plasma membrane that surrounds cells and the cytoskeleton, the internal network of fibres that gives cells their shape and structure. Membrane/cytoskeleton linkages both modulate the activity of receptor proteins located on the membrane and respond to receptor activation, but exactly how those interactions influence cellular behaviour has not been well understood. Inappropriate activation of growth-factor receptors underlies many types of cancer, which has led to the proliferation of therapies that target specific growth factor pathways.

Under certain circumstances, the interface between the cell membrane and cytoskeleton can initiate a process called macropinocytosis, in which the cell membrane forms wave-like “ruffles” that reach out and engulf surrounding fluids, forming vesicles that are taken into the cell with their contents, including activated receptor proteins from the membrane. Macropinocytosis can be triggered by growth factor receptor activation and can influence the recycling of receptors back to the cell membrane. Recent studies have suggested that certain tumour cells use macropinocytosis to scavenge extra nutrients from their environment, helping to drive their growth.

In the current study, McClatchey’s team focused on the epidermal growth factor receptor (EGFR), overactivation of which is involved in several important cancers. They had previously shown that the absence of merlin greatly increased cells’ responsiveness to stimulation of the EGFR. The new experiments support a role for merlin in calming the cell membrane, keeping cytoskeletal response to growth factor activation under control. Several types of merlin-deficient NF2-mutant cells showed a magnified response to growth factors, with marked increases in ruffling of the membrane and in macropinocytosis.

The researchers also found that, in the absence of merlin, cholesterol accumulates in the cell membrane, promoting the recycling of receptors back to the membrane and further magnifying the growth factor response. Reducing membrane cholesterol levels in NF2-mutant cells limited this growth factor recycling and the resultant cellular overproliferation. This recycling of receptors, instead of increased ingestion of nutrients, appears to be the key result of elevated macropinocytosis in NF2-mutant tumours.

“Importantly, macropinocytosis is also a way that some drugs enter cells – particularly larger drugs than can’t pass through the cell membrane,” says Dr McClatchey, who is a professor of Pathology at Harvard Medical School. “This implies that NF2-mutant cells, which are very good at macropinocytosis, may be particularly good targets for drugs that enter cells that way, in addition to being vulnerable to agents that modulate membrane cholesterol and receptor recycling. Early follow-up studies support this hypothesis. Important next steps will be to investigate whether NF2-mutant cells overreact to a broad range of growth factors by undergoing macropinocytosis, how NF2-deficient cells process internalised macropinocytic vesicles, and whether macropinocytosis can be exploited for delivering drugs to NF2-mutant tumours.”

The study has been published online in Genes & Development.