A wearable device for hair regrowth 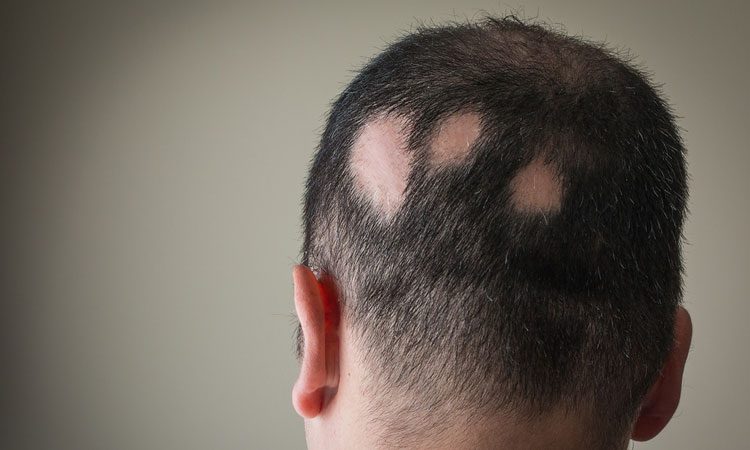 Currently, some use laser-induced skin stimulation to help with hair regrowth, however these types of treatment include high energy consumption, limited use in daily life, and large equipment size – significant drawbacks that could prevent some people from using laser-induced stimulation.

Researchers from Harvard Medical School, Korea Advanced Institute of Science and Technology and Severance Hospital Yonsei University College of Medicine worked together to develop the flexible, wearable photostimulator device that sped up hair growth in mice.

The array consisted of 900 red μLEDs on a chip slightly smaller than a postage stamp and only 20 μm thick. It used approximately 1,000 times less power per unit area than a conventional phototherapeutic laser, and the device did not heat up enough to cause thermal damage to human skin.

The developed patch was flexible, but sturdy, and endured up to 10,000 cycles of bending and unbending.

The researchers tested the device on the backs of shaven mice. Three groups of mice were used, a control group, one using the new device and the last received minoxidil injections. Mice treated with the μLED patch for 15 minutes a day for 20 days showed significantly faster hair growth, a wider regrowth area and longer hairs.

Current treatments for hair loss includes minoxidil and corticosteroid, which are injected, and hair transplant surgeries. Laser treatments irradiate bald areas which stimulates the hair follicles and causes cells to proliferate, however this treatment is not suitable for home use. Other people affected by baldness use synthetic or real hair wigs as alternatives.

Alopecia affects millions of people worldwide, and is caused by heredity, stress, aging and elevated male hormones. The researchers hope that in the future a device like this could offer an alternative treatment to those affected by alopecia.

The results of the study were published in the American Chemical Society journal Nano.