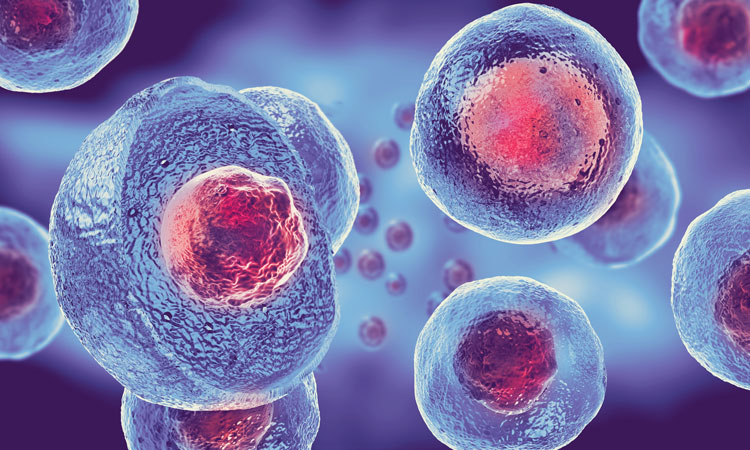 Commenting on the anticipated benefits of the new technique, senior author Paul Tesar, PhD, the Dr. Donald and Ruth Weber Goodman Professor of Innovative Therapeutics and associate professor of genetics and genome sciences at Case Western Reserve University School of Medicine, said: “Making these specialised brain stem cells on a large scale at high purity from pluripotent stem cells gives us a powerful tool to study previously inaccessible normal and diseased tissues in the central nervous system. said the senior author of the two papers,

“We applied our technology to genetic models of myelin disease, which resulted in the discovery of a chemical compound that helps diseased myelin-producing cells to survive.”

First author Angela Lager PhD and colleagues developed a new methodology to generate large quantities of oligodendrocytes and their progenitor cells ­– known as oligodendrocyte progenitor cells or OPCs – from mouse embryonic stem cells and induced pluripotent stem cells. Many genes and cellular processes have been associated with oligodendrocyte dysfunction, but scientists have typically needed to make mutant mice to investigate these processes, often involving expensive, multi-year studies to examine a single aspect of this biology. To address this problem, the Case Western Reserve team developed a rapid and highly efficient method for generating OPCs and oligodendrocytes from pluripotent stem cells that originate from any genetic background. This will provide researchers with new access to these relatively inaccessible brain cells in both healthy and diseased states.

First author Matthew Elitt PhD and colleagues leveraged this OPC generation technology to provide new insights and therapeutic strategies for a fatal genetic disorder of myelin, Pelizaeus Merzbacher disease (PMD). The team found that there was an unexpectedly early critical phase in PMD-affected cells characterised by endoplasmic reticulum stress and cell death as OPCs exit their progenitor state. The endoplasmic reticulum is the part of the cell involved in processing proteins. In PMD, which almost exclusively affects male children, oligodendrocytes are lost and myelin is not properly formed in the brain and spinal cord. Due to their diseased myelin, children with PMD exhibit often-debilitating problems with coordination, motor skills, verbal expression, and learning. Due to the disease’s severity, patients typically die before adulthood.

To overcome this early cell death in PMD cells, the team screened thousands of drug-like compounds and found that one, known as Ro 25-6981, was especially successful in rescuing the survival of PMD oligodendrocytes in mouse and human cells in the laboratory and in PMD mice. “Our work is an important first step of a multi-phase process,” said Tesar. “We have achieved survival of oligodendrocytes, which normally die in the disease. The next step is to figure out how to coax these cells to efficiently myelinate and restore function to patients.”

The Case Western Reserve team’s findings have implications beyond PMD. Numerous neurological and psychiatric diseases are characterised by myelin loss or dysfunction, including multiple sclerosis, spinal cord injury, and schizophrenia. Measures to regenerate or restore myelin could offer patients hope in these and numerous other disorders affecting the brain and spinal cord.

The studies were published in Nature Communications and Stem Cell Reports.