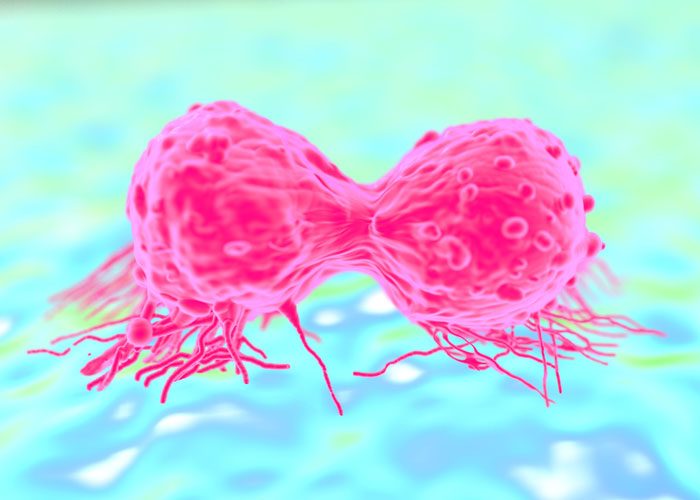 Researchers have identified the drug estradiol as a potential new treatment for a subset of women with triple-negative breast cancer.

“Triple-negative breast cancer is a form of breast cancer that lacks expression of oestrogen receptor alpha, progesterone receptor, and human epidermal growth factor receptor 2, also known as HER2. And it exhibits high rates of disease recurrence,” says Dr John Hawse, a molecular biologist at Mayo Clinic and senior author. “So far, there have been few drugs other than chemotherapy that appear to work effectively for the treatment of this disease.”

“Remarkably, we discovered that estradiol, which normally stimulates the growth of cancer cells in tumours that express oestrogen receptor alpha, has the opposite effect in triple-negative breast cancer,” says Dr Hawse. “However, estradiol was only able to inhibit the growth of triple-negative breast cancer when estrogen receptor beta was present.”

Dr Hawse and his colleagues discovered one potential mechanism of how estradiol exerts its anticancer effects. They determined that when estradiol binds with oestrogen receptor beta in triple-negative breast cancer, it stimulates the expression of a group of proteins called “cystatins,” which exhibit tumour-suppressing effects on neighbouring and distant cancer cells.

Based on these data, researchers at Mayo Clinic and the Translational Breast Cancer Research Consortium will soon open a phase II clinical trial to test the effectiveness of estradiol as a treatment for women with metastatic triple-negative breast cancer that expresses oestrogen receptor beta.

“Estradiol is FDA- [Food and Drug Administration] approved as a treatment for women with breast cancer; however, its use is typically limited to women with oestrogen receptor alpha-positive breast cancer that has become resistant to standard therapies,” says Dr Matthew Goetz, a Medical Oncologist and co-investigator with Dr Hawse. “We are excited to study whether estradiol can be repurposed as a new treatment for triple-negative breast cancer that expresses estrogen receptor beta.”

Their findings are published in the Proceedings of the National Academy of Sciences of the United States of America.