Rutin could be effective in treating snakebites from pit vipers

The action of a venomous snakebite from vipers could be treated using a flavonoid called rutin, an inexpensive plant based compound… 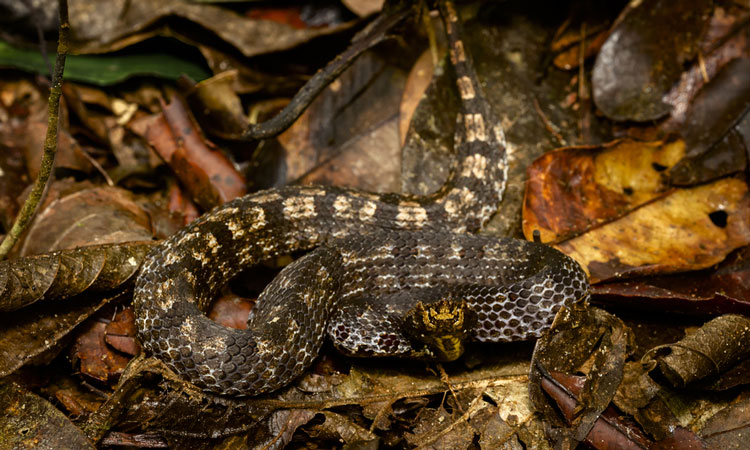 A flavonoid found in plants has been identified that could complement antivenom as an effective co-treatment for envenoming from the pit viper Bothrops jaraca.

This viper is found in northern Argentina, southern Brazil and northeastern Paraguay, and is endemic to southeastern South America. As an abundant species, it is a large cause of snakebite. with their venom being a complex mixture of proteins.

Proteolytic, coagulant and hemorrhagic effects can be identified from the venom of this species, with a peptide found in their venom being used to develop drugs for heart failure and hypertension.

Researchers at the Institute Butantan, São Paulo, Brazil, have found that rutin, a plant based compound, could protect envenomed mice from bleeding and inflammation problems. A bite from the snake causes swelling at the site, blistering and severe hypotension. It can also cause systemic bleeding from the skin, gums and nose, and could cause death due to shock, intracranial hemorrhage and renal failure.

Existing anti-venoms can treat the major effects of the snake bites, however there are no known therapies for common secondary complications, such as the inability to stop the bleeding, as the venom disrupts oxidation reduction in cells and inhibits the body’s ability to do so.

The research team injected both the venom and rutin into mice, and then analysed blood and tissue samples to understand the effects rutin had on pathophysiological events triggered by the venom.

As the mechanisms of clinical complications in patients bitten by this species of snake is not well understood, and with antivenom limited in its ability to treat the full variety of complications arising following the bite, the researchers mentioned that future studies will need to fully understand rutin’s activity.

Once the venom has initiated the pathophysiological events, the team will need to identify the action and therapeutic effects of rutin. The researchers said that the research ‘indicates that rutin has a great potential as an ancillary drug in concert with antivenom therapy to treat snakebites, particularly in countries where antivenom availability is scarce.’

The study was published in PLOS Neglected Tropical Diseases.