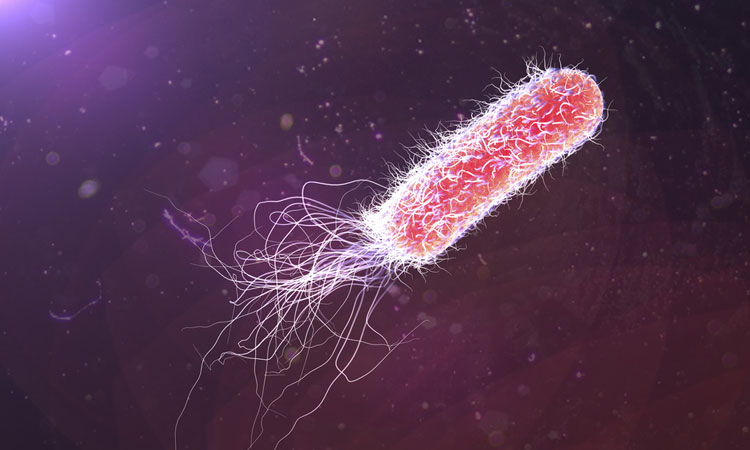 Pseudomonas aeruginosa is a bacteria that can cause a variety of infections, from sepsis to chronic lung infections, and has been considered by the World Health Organization as a germ requiring further action because of its increasing resistance to current antibiotics, through quinolone signalling.

Researchers at the University of Konstanz in Germany have focused on inhibiting the virulence factors in the bacteria, including any agents that benefit the process. The team developed a technique to measure the inhibition of enzymes living in a cell.

Dr Thomas Böttcher and Dr Michaela Prothiwa investigated a specific metabolic pathway which is responsible for the biosynthesis of signals called quinolones. The bacterium, P.aeruginosa, uses quinolones to coordinate the production of virulence factors. The signals act as quorum sensing signals, whereby the bacterium use the molecules to quantify their population density.

The researchers found that if the bacteria find (through the signalling of the quinolones) that their number and density is large enough, the bacteria produce virulence factors, which are responsible for the infectious properties of the bacteria.

The team aimed to stop this communication between quinolone signalling and the bacterium. They found the PqsD enzyme plays a large role in the biosynthesis of quinolones.

“We are disrupting the communication between the microorganisms”, said Dr Böttcher. The research team aimed to develop a molecule that could be used to inhibit the enzyme, to prevent the bacteria from producing these quinolones. Inhibiting this process, would in turn, inhibit the production of toxins and virulence factors.

The team developed a new method of searching for enzyme inhibitors, which had previously been developed in cell-free systems proving ineffective in living cells. The strategy used by the researchers included chemical probes to measure the inhibition of an enzyme directly in a living cell. Using the strategy, libraries of chemical compounds can now be tested to discover inhibitors for specific metabolic pathways in bacteria.

The researchers mentioned how this technique could be used for the development of inhibitors that target other bacterial metabolic pathways, mentioning that it is not limited to the PqsD enzyme only.