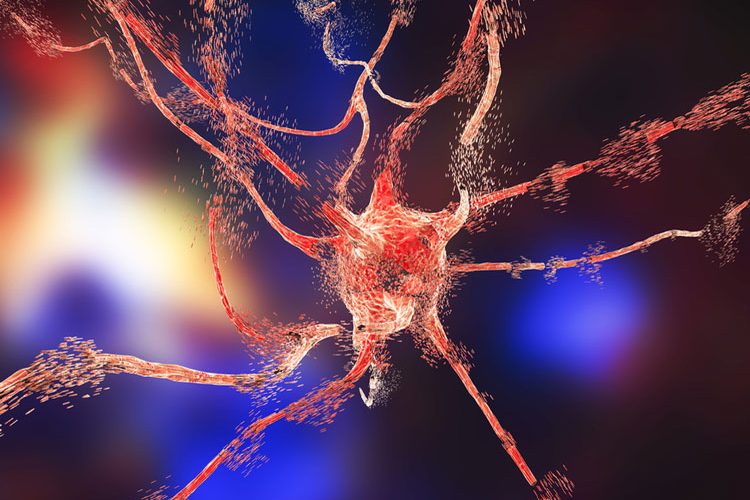 Despite extensive research efforts, schizophrenia remains one of the least understood brain disorders. One promising area of research is in receptors on the surfaces of brain cells that help sense growth factors. But there’s been a problem: in previous schizophrenia studies, researchers have genetically manipulated brain cell receptors in very young mice. Schizophrenia usually affects adults.

Together, the researchers studied a brain cell receptor–ErbB4–whose level is altered in adults with schizophrenia. ErbB4 helps maintain an inhibitory neurotransmitter in the brain–GABA–that prevents brain cells from overreacting and keeps fear and anxiety in check. The researchers have shown previously that ErbB4 mutations change signals inside brain cells that lead to schizophrenic symptoms in mice.

“When ErbB4 is mutated early on in mice, it impairs brain circuit wiring. It also impairs GABA transmission in adult animals, causing schizophrenic symptoms,” said Prof Mei. “But previous models are unable to distinguish whether deficits are from abnormal development in young mice brains, or abnormal transmission developed later on.” Prof Mei’s new study shows schizophrenic symptoms come from deficits in how brain cells communicate during adulthood, regardless of whether or not they fully developed.

To find their answers, Prof Mei’s team genetically engineered two new mouse models of schizophrenia. In the first, the researchers treated mice with a chemical that switches “off” the gene encoding ErbB4. “Using inducible knock-out mice, we depleted ErbB4 only in adult animals, and showed that this impairs behaviour,” said Prof Mei. In mice missing ErbB4 only in adulthood, brain cell development and appearance were normal, but symptoms persisted. The experiment suggested schizophrenic symptoms in adult mice were unrelated to abnormal brain cell development.

In the second mouse model, the receptor was missing in mice from the beginning, hampering brain cell development. The researchers used the same genetic switch to turn ErbB4 “on” in adulthood–in essence, recovering it. “In recovery knock-out mice, ErbB4 is missing during development and thus the mice have crippled brain circuits. Yet, when ErbB4 is restored on a malformed circuit, mice scored better in behavioural tests,” said Prof Mei. Even with underdeveloped brain cells, schizophrenic symptoms could be alleviated simply by adding ErbB4.

The results in the two mouse models confirm that ErbB4 is critical to how brain cells communicate during adulthood. The nuanced distinction could lead to new therapeutics designed to improve brain cell signalling associated with the ErbB4 receptor. In particular, therapeutics that improve how GABA neurotransmitters regulate brain cell activity.

“Restoring ErbB4 could be beneficial to patients–even those with malformed brain circuitry,” said Prof Mei. “We are now looking into how restoring ErbB4 improves neurotransmitter signalling inside brain cells, including those relevant to other psychiatric disorders, such as attention deficit hyperactivity disorder and major depression.”

The study has been published in a recent issue of the Proceedings of the National Academy of Sciences,