Mucus could be key to treating colon and airway diseases 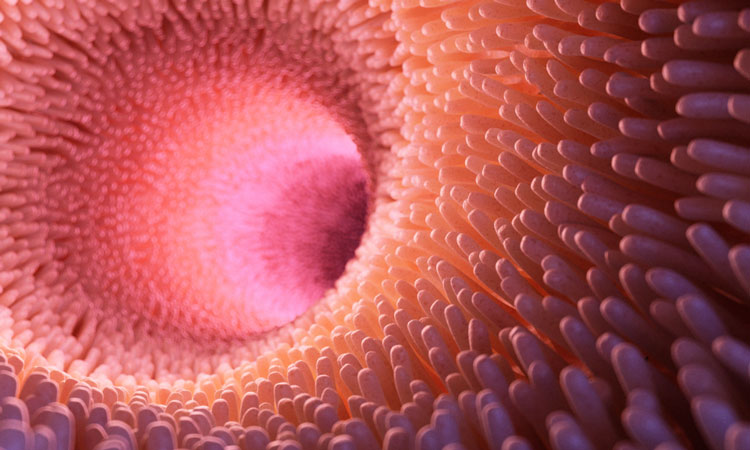 Cells produce mucins at a constant rate, and when exposed to an allergen or pathogen, they produce more mucin in a rapid burst. Both the constant and rapid mucin secretion is controlled by calcium.

CRG researchers Dr Gerard Cantero-Recasens and Professor Vivek Malhotra wanted to understand how normal cells secrete mucins in the right quantity and quality, so they can design procedures to correct mucin secretion defects in diseases where either too much or too little mucin is produced, such as asthma, chronic obstructive pulmonary disease, Crohn’s disease and colorectal cancer.

Their data reveal two proteins called TRPM4 and NCX that work together to control mucin secretion both in healthy cells, and in cells derived from patients with cystic fibrosis. They have also identified a third protein called KChIP3 that senses calcium levels within healthy cells to release mucins, which is crucial to maintain the correct thickness of the mucous layer in the colon. This means cells possess means to control how much mucin they produce depending on the cellular needs. They can produce large amounts if an allergen or pathogen is present, or release it constantly to preserve the mucous layer.

“We discovered that a group of these proteins reside on the surface of the cells to control calcium entry, which in turn controls rapid release of mucins. The team has also discovered a calcium sensor, KChIP3, inside cells that controls baseline mucin secretion, which is crucial to maintain the correct thickness of the mucous layer. If this intracellular calcium sensor is lost, it causes massive release of mucin from colonic cancer cells.

“We were surprised by this finding – we didn’t expect that cells use different sources of calcium – from internal and external sources – to control mucin secretion. We also didn’t expect to find that the KChIP3 sensor controlling baseline (basal) mucin secretion does it by acting like a ‘brake’ to prevent mucin release. Mice without the KChIP3 gene have a much thicker mucous layer in the colon. This means KChIP3 could be a new target for drugs to control diseases with higher or lower levels of mucins.”

Through the study of different cell types, the research team identified that the process the cells use to control stimulated mucin secretion is the same in both the airways and the colon.

“This is an exciting finding because it means targeting the molecules involved in mucin secretion process can be used to treat airway diseases such as asthma or chronic obstructive pulmonary disease (COPD), as well as the colon associated pathologies,” explained Dr Cantero-Recasens.

ICREA research professor at the CRG, Vivek Malhotra and his group are now working with researchers at the Hospital Del Mar and IMIM to further test whether mucins and proteins involved in mucin secretion are genetically altered in patients with diseases of the airway and colon. They are also working to find chemical means to target functions controlled by proteins in mucin secretion pathway. Together, the genetic and chemical procedures to control mucin secretion could reveal new ways to detect and control progression of asthma, chronic obstructive pulmonary disease (COPD), irritable bowel disease and colorectal cancers.

The study was published in the journals eLife and the Journal of Biological Chemistry,