Arginase 2 could be used as a drug target target to protect vision after optic nerve trauma, as removal of this enzyme decreases retinal neuron death… 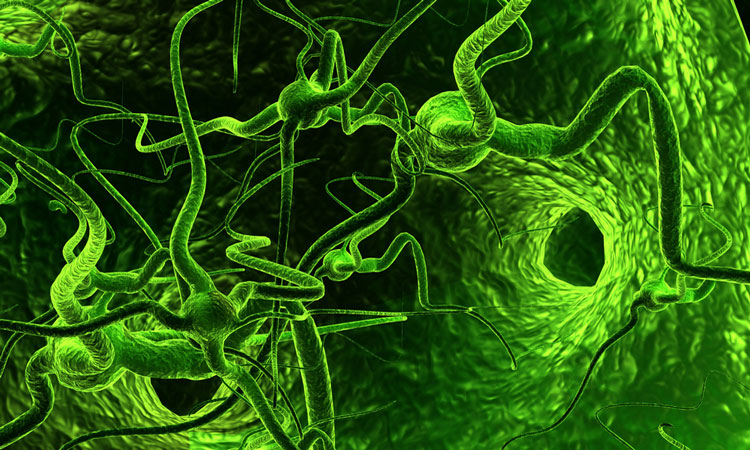 Researchers have shown through mouse models of tough-to-treat optic nerve trauma, that removing the enzyme arginase 2, which increases with injury, decreases neuron death in the retina as well as the degeneration of nerve fibers that connect neurons to each other and ultimately the brain.

“Right now when an optic nerve crush injury happens, there is not a lot we can do to help the eye recover,” said Dr Ruth B. Caldwell, cell biologist in the Vascular Biology Center at the Medical College of Georgia at Augusta University.

“We know we can’t prevent the initial damage, there is going to be some acute injury, but what deleting this enzyme seems to do is prevent subsequent amplification of the original injury. Collateral damage is less,” said Dr Caldwell, the study’s corresponding author.

The findings elucidate both the role A2 plays in retinal damage following trauma and highlight A2’s potential as a logical treatment target, the scientists write.

The optic nerves connect the eyes to the brain and collect impulses the retina generates from light so that we can see. There is currently no therapy that targets optic nerve trauma largely because understanding of all the damaging players is unclear, they write.

While little also is known about A2’s normal function, it appears to be the polar opposite of arginase 1, an enzyme key to helping our liver eliminate ammonia. As the scientists recently found, A1 can suppress destructive inflammation that results when conditions like diabetes and glaucoma reduce blood flow to the retina. When A1 levels decrease, which they are finding happens in a variety of types of eye injuries, A2 levels increase and so do inflammation and damage.

In their model of optic nerve injury, they again found increased A2 expression after the injury and that neurons in the retina as well as retinal ganglion cells, the primary cell type in the optic nerve, began to die. While some death of retinal ganglion cells obviously occurs immediately following this type injury, destruction can continue out seven days or more, the scientists say.

Higher A2 also increased glial cell activation following injury. Glial cells are a different type brain cell that nourish and otherwise support neurons. But when they are activated, they forgo their supportive role.

The destructive results turned around, when they removed A2 from the equation. Neuron loss diminished as did the degeneration of nerve fibers, called axons that connect retinal ganglion cells to the brain, and glial activation was reduced. There were other signs of support, like an increase in brain derived neurotrophic factor, also known to support the survival of neurons and axons.

“We are showing for the first time that there is a connection between brain derived neurotrophic factor and arginase 2,” says Dr Abdelrahman Y. Fouda, postdoctoral fellow in Dr Caldwell’s lab and a study coauthor.

They even saw some axons sprouting past the point of the crush injury, Dr Fouda mentioned.

“We have some evidence that possibly the axons are trying to repair themselves,” Caldwell adds of these early indicators of the neurons’ ability to reconnect with each other and ultimately the brain. “It looks like they are trying to get there,” she said, “but we have a lot more work to do to prove that.”

There also was more growth associated protein 43, or GAP43, which is known to help axons regenerate. In fact, the scientists found one way brain derived neurotrophic factor may benefit the optic nerve is by, in turn, helping increase the levels of GAP43. A2 deletion also inhibited injury associated-increases in inflammation-promoting immune cells like interleukin.

“We have already seen A2 go up in other types of injury,” said Dr Caldwell, referencing problems that also include retinal damage that occurs in premature babies as well as the ischemic retinopathy found in conditions like diabetes.

“What we know now is that when we delete A2, it makes recovery better from an optic nerve crush,” Dr Caldwell said.

To date in all their models, which now include optic nerve trauma, when A2 levels go up, A1 goes down.

They suspect that by giving a more stable but still human grade of A1, as they already are doing in other eye injury models, it will help drive down A2 in optic nerve crush injury as well, and are pursuing this and other lines of investigation.

The scientists published their research in the journal Frontiers in Neuroscience.