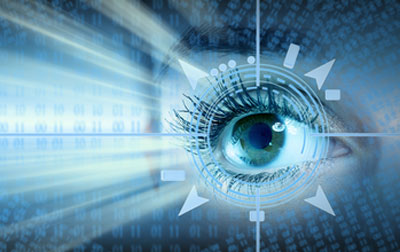 Researchers conducting a comprehensive proteomics analysis of human aqueous humour samples identified 763 proteins – including 386 proteins detected for the first time – in this clear fluid that helps maintain pressure in the eye and nourishes the cornea and the lens.

These proteins could have a role in disease processes affecting the eye and serve as valuable biomarkers for the development of diagnostics and drug candidates to improve visual health.

A team of researchers from the United States and India, led by Akhilesh Pandey, MD, PhD, Johns Hopkins University School of Medicine (Baltimore, MD) and Krishna Murthy, DO, MRCOphth (Lon) Institute of Bioinformatics (Bangalore, India), used high-resolution mass spectrometry to analyse and identify the proteins isolated from aqueous humour samples collected from 250 individuals. More than a third of the proteins were located outside of cells, in the extracellular matrix, and are involved in cell communication and signal transduction. Others have roles in cell growth, differentiation, and proliferation.

Among the proteins unique to this study are growth factors, immunomodulators, and proteins that regulate blood vessel formation. Other enzymes have a role in metabolism and the energy needs of ocular components such as the lens and cornea. For example, sorbitol dehydrogenase, one of the 386 novel proteins identified in the aqueous humour, plays an important role in the metabolism of glucose in the lens.

“Aqueous humour is central to healthy ocular function, yet we do not know enough about its role in ocular physiology and pathology,” says OMICS Editor-in-Chief Vural Özdemir, MD, PhD, DABCP. “The study by Pandey and colleagues shows the enormous potential of proteomics biotechnologies in uncovering novel proteins as biomarker candidates for personalized medicine in ophthalmology. Because visual disorders represent one of the largest health care expenditures in the United States, costing $139 billion per year, this work is notable for advancing omics systems science applications for visual health.”

The research, Proteomics of Human Aqueous Humor, is published in OMICS: A Journal of Integrative Biology.