A new study has shown that proteins derived from the oncogene, KRAS, can transfer between colon cancer cells. 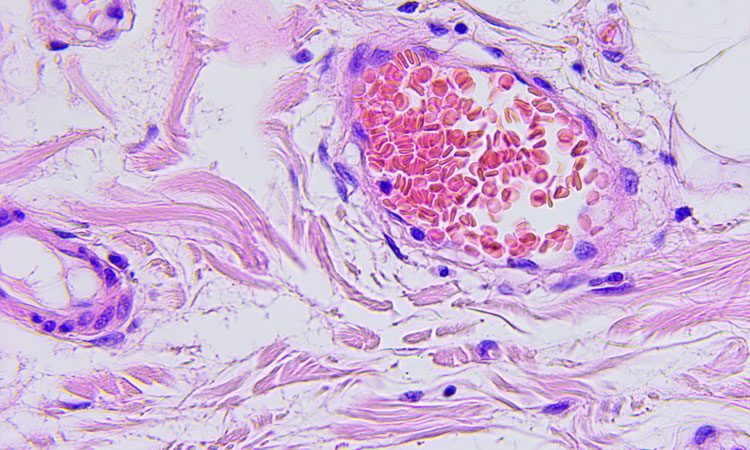 Dr Emil Lou and his research team have demonstrated that proteins derived from the oncogene KRAS have the ability to transfer between colon cancer cells via long cellular skyway-like extensions called ‘tunneling nanotubes’. According to the researchers, inhibiting these signals may be a target for treatment.

The oncogene, KRAS, is implicated in driving cancer, including its origin and growth patterns in 30 percent of all cancers and contributes to tumours becoming drug-resistant. The study examined what happens when a normal form of the protein mutates. The researchers found that the transfer of KRAS caused the surrounding cells to behave in a more cancerous, invasive manner that is more likely to be resistant to standard drugs.

“Most aggressive metastatic colon tumours in patients will develop drug resistance. It’s not a matter of ‘if’, but a matter of ‘when’ for most patients and that’s a big challenge in this field,” said Dr Lou, Assistant Professor of Medicine, Division of Hematology, Oncology and Transplantation, University of Minnesota Medical School. “We speculate that cutting off the line of communication for transfer of vital signals might be a novel therapeutic strategy in addition to standard-of-care chemotherapy.”

The researchers hope that these findings will help devise better recognition of ways to revise clinical trial strategies to overcome biological resistance at the cellular level. “This study opens new avenues to fully understand the effects of the transfer of KRAS in colon and other similar cancers driven by KRAS,” Dr Lou continued.

Research into the next steps also will entail figuring out how to cut off that communication.

The study was published in Cancers.