Researchers have newly found that protein CD24 acts as a defensive signal and is used by cancer cells to protect themselves. 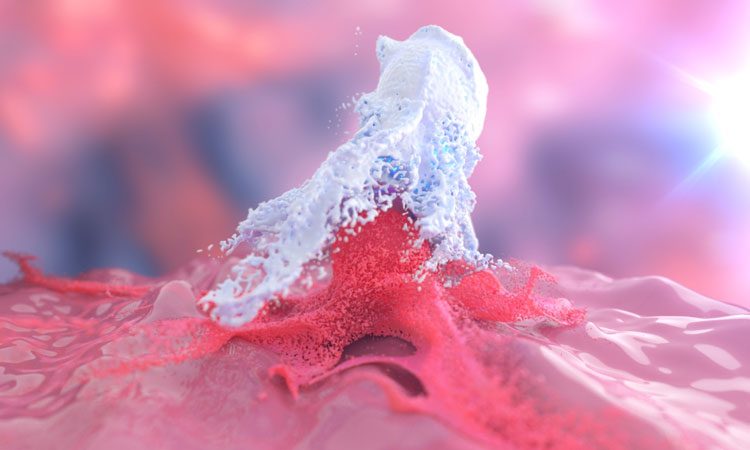 Researchers have discovered a new signal that cancers seem to use to evade detection and destruction by the immune system. They have shown that blocking this signal allows immune cells to attack the cancers which could inform future therapies.

The Stanford University researchers report that they have found that a protein called CD24 acts as a defensive signal and is used by cancer cells to protect themselves. They did this by first looking for proteins that were produced more highly in cancers than in the tissues from which the cancers arose. “You know that if cancers are growing in the presence of macrophages, they must be making some signal that keeps those cells from attacking the cancer,” said Amira Barkal, an MD-PhD student and lead author of the study. “You want to find those signals so you can disrupt them and unleash the full potential of the immune system to fight the cancer.”

The search showed that many cancers produce an abundance of CD24 compared with normal cells and surrounding tissues and the scientists showed that the macrophage cells that infiltrate the tumour can sense the CD24 signal through a receptor called SIGLEC-10. They also showed that if they mixed cancer cells from patients with macrophages in a dish and then blocked the interaction between CD24 and SIGLEC-10, the macrophages would start gorging on cancer cells.

“When we imaged the macrophages after treating the cancers with CD24 blockade, we could see that some of them were just stuffed with cancer cells,” Barkal continued.

Lastly, they implanted human breast cancer cells in mice. When CD24 signalling was blocked, the mice’s scavenger macrophages of the immune system attacked the cancer. Furthermore, ovarian and triple-negative breast cancer were highly affected by blocking the CD24 signalling.

CD24 signalling also seems to operate in a complementary way to CD47 signalling. Some cancers, like blood cancers, seem to be highly susceptible to CD47-signalling blockage, but not to CD24-signalling blockage, whereas in other cancers, like ovarian cancer, the opposite is true. This raises the hope that most cancers will be susceptible to attack by blocking one of these signals and that cancers may be even more vulnerable when more than one defensive signal is blocked.

The researchers now hope that therapies to block CD24 signalling will follow in the footsteps of anti-CD47 therapies, being tested first for safety in preclinical trials, followed by safety and efficacy clinical trials in humans.

The paper describing the research was published in Nature.