Chemists have invented the first practical, scalable method for synthesising jiadifenolide, a molecule that may have powerful brain-protecting properties… 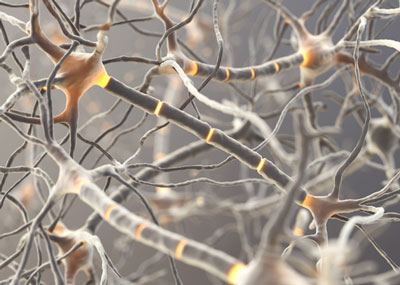 Chemists at The Scripps Research Institute (TSRI) have invented the first practical, scalable method for synthesising jiadifenolide, a plant-derived molecule that may have powerful brain-protecting properties.

Preliminary studies have hinted that jiadifenolide might be useful in protecting brain cells from neurodegenerative diseases such as Alzheimer’s and perhaps other neurological conditions including stroke and traumatic brain injury. But it is very difficult to obtain useful quantities of jiadifenolide from plants, and the synthesis methods reported in the past few years also have low yields.

“Prior synthetic routes to jiadifenolide yield a few milligrams, suitable mainly for cell-culture experiments, but with our new method someone could make the gram to kilogram quantities needed for tests in animals and humans,” said Ryan A. Shenvi, associate professor at TSRI.

The feat by Shenvi and his team may therefore lead to the development of a jiadifenolide-derived drug. The achievement also demonstrates the increasing power of synthetic chemistry to produce the potentially valuable molecules found in nature on large scale at low cost.

“There are more and more examples these days of syntheses that start with cheap, readily available chemicals and assemble them into complex and valuable molecules on a meaningful scale—much more efficiently than if you tried to isolate the molecules from nature or produce them in genetically engineered organisms,” said Shenvi.

Jiadifenolide is found in trace quantities in the fruit of the star anise-related shrub Illicium jiadifengpi, which grows in southern China. It and other Illicium plants have long featured in Chinese traditional medicine. Most parts of I. jiadifengpi are poisonous if eaten, but root extracts applied to the skin have been used to treat arthritis.

In 2009, a team of Japanese and Chinese scientists reported isolating tiny quantities of jiadifenolide from I. jiadifengpi. They determined that the compound, unlike many others from the plant, is not toxic, and indeed strongly promotes the growth of axons and dendrites (output and input branches) from rat neurons in a culture dish. Subsequent research has suggested that jiadifenolide works by enhancing the activity of natural brain growth factors, known as neurotrophins.

“Neurotrophin levels are depressed in diseases like Alzheimer’s, so researchers have long sought compounds that behave like neurotrophins or that amplify their activity, especially those that could be taken in a pill,” said Shenvi.

Neurotrophins themselves are large molecules that effectively can’t be used as drugs, because they are rapidly broken down by enzymes in the digestive tract and bloodstream and also don’t cross the blood-brain barrier easily. Jiadifenolide by contrast is a small molecule, and thus has more potential to be developed into an oral drug.

Shenvi’s laboratory took up the jiadifenolide synthesis challenge a few years after the first, low-yield method was reported in 2011. “While we worked on this, two other groups reported their own synthetic routes, which pushed us to find a completely different approach,” said Hai-Hua Lu, a research associate in the Shenvi laboratory who was lead author of the new study.

“It’s a chemical reaction that few people (myself included) would have confidently predicted to work,” Shenvi said.

“After we figured out how to do that, though, the rest was much easier and we found we could obtain more than a gram from one batch,” said Lu.

Now that jiadifenolide can be produced in sufficient quantities, Shenvi is looking for companies that can help with further studies of the compound, including tests in animal models of neurodegenerative diseases. Shenvi also suspects that the new method can be adapted for the practical synthesis of related trace compounds found in Illicium plants.

The research is described in the journal Nature Chemistry.