Researchers have found a new way to treat the inflammation involved in chronic diseases. 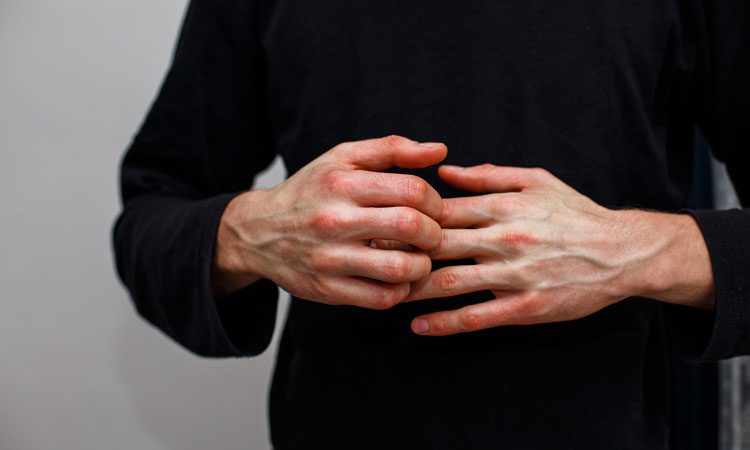 Researchers have found a new way to treat the inflammation involved in chronic diseases such as psoriasis, asthma and HIV. A group of transmitter substances (cytokines) in the immune system (IL-1 family), has been shown to play an important role in many of these diseases by regulating the body’s immune responses.

Professor Charles A Dinarello from the University of Colorado Denver (who discovered the important cytokine IL-1(-β), which plays an important role in countless diseases), in collaboration with researchers from Aarhus University Hospital and Aarhus University in Denmark, have investigated a more efficient way of reducing the effect of the IL-1 family and improve treatment of chronic inflammatory diseases.

In this study, the researchers investigated if a receptor (IL-1R3), which is involved in the signaling of six different inflammatory cytokines in the IL-1 family, could be a possible target in the treatment of chronic inflammatory disease.

Using an antibody to block the effect of IL-1R3, it was possible for the researchers to investigate the effects in both studies on cells and mice.

The researchers then studied some of the consequences of blocking this receptor on the immune system. They specifically studied the effect of blocking IL-1R3 in mice with either gout, acute allergic inflammation (asthma) or psoriasis.

The experiments showed that it was possible to effectively block the receptor and reduce manifestation of diseases, which underlines the potentials in our new approach, said Jesper Falkesgaard Højen, MD, PhD.

The results were published in the scientific journal Nature Immunology.