Normal liver cells may have the potential to kill cancer cells 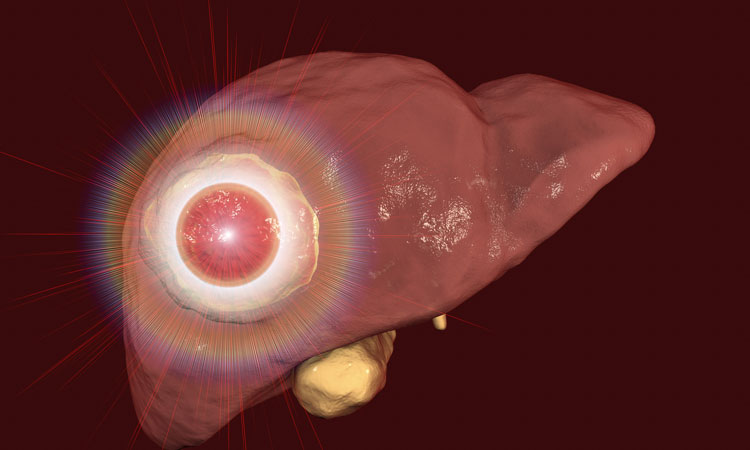 It has been discovered that healthy liver tissue surrounding a tumour activates a defence mechanism that restrains tumour growth. Hyperactivation of this mechanism above levels normally present in the liver triggered the elimination of different types of liver tumours in mice.

This discovery identifies a novel strategy to fight against liver cancer and could inspire new therapeutic approaches that mobilise normal cells to kill cancer cells.

The discovery was part of a study led by Professor Georg Halder and conducted at the VIB-KU Leuven Center for Cancer Biology, Belgium.

The study showed that non-cancerous liver cells around liver tumours have the capacity to kill nearby tumour cells. When they experimentally activated this novel mechanism in mice, the mice survived significantly longer and had a drastically reduced tumour burden.

“While the study shows that this anti-tumour mechanism exists, how exactly activated liver cells cause the elimination of cancer cells is not known,” said Professor Halder, “but it is obviously a highly significant question that we are currently investigating.”

The scientists found that the genes YAP and TAZ were activated around tumours in the liver and that this was the driving force of the anti-tumour mechanism. This is surprising because YAP and TAZ are usually highly expressed in different human cancers where they drive tumour cell proliferation and survival.

While this study showed that this anti-tumour mechanism can kill tumours and metastases in the liver, it is not yet known whether similar mechanisms can be activated in other organs. “Given the striking anti-tumour effect of YAP-activated liver cells on liver tumours, our discovery has the potential to provide ground-breaking insights into a novel strategy to fight,” explained Stephanie Castaldo, co-first-author.

However, while this finding identifies a completely new strategy to fight cancer in mice, this study is the first molecular characterisation of this novel anti-tumour mechanism which means that more research is needed to investigate how these findings can be applied to benefit cancer patients.

The results of the study were published in Science.