A study in mice has shown that immunisation against bacterial flagellin could lead to protection from chronic inflammatory diseases. 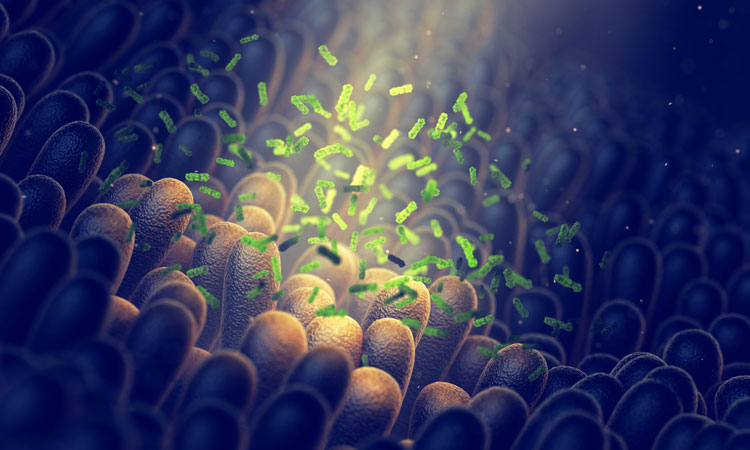 Chronic inflammatory bowel diseases are linked to abnormalities of the gut microbiota. Patients generally present reduced bacterial diversity in their intestinal flora along with excessive levels of bacteria that express a protein called flagellin, which favours their mobility. This enables them to penetrate the layer of mucous that covers the intestinal wall. The purpose of this layer is to form a bacteria-resistant wall between the internal digestive tract and the rest of the body, protecting it from the risk of inflammation linked to the presence of bacteria of the intestinal flora.

Previous research had shown that antibodies are naturally found within this mucous layer, some of which are directed against flagellin. This means that the body spontaneously develops immune protection against flagellin, making it possible to control the presence of the bacteria that express it.

Inserm researcher Benoit Chassaing and his colleagues had the idea of stimulating this anti-flagellin antibody production to reduce the presence of the bacteria that express flagellin in the gut microbiota.

In addition, detailed analysis of their microbiota and intestines revealed not just a reduction in the levels of bacteria that strongly express flagellin but also their absence in the intestinal mucosa, as opposed to the unvaccinated group.

Given that excess flagellin in the gut microbiota has also been linked to metabolic disorders, the researchers tested their vaccine strategy in mice exposed to a high-fat diet. The unvaccinated animals developed obesity, whereas the vaccinated animals were protected.

“This vaccine strategy can be envisaged in humans, because such abnormalities of the microbiota have been observed in patients with inflammatory and metabolic diseases. With this in mind, we are currently working on a means of locally administering flagellin to the intestinal mucosa,” explained Chassaing.

The researchers said they are considering developing ingestible flagellin-filled nanoparticles. Also, in addition to the preventive aspect, they now wish to test this vaccination for treatment purposes.