A new study has used several imaging techniques to characterise C. diff toxins, which could help to design drugs to combat infections from the bacteria. 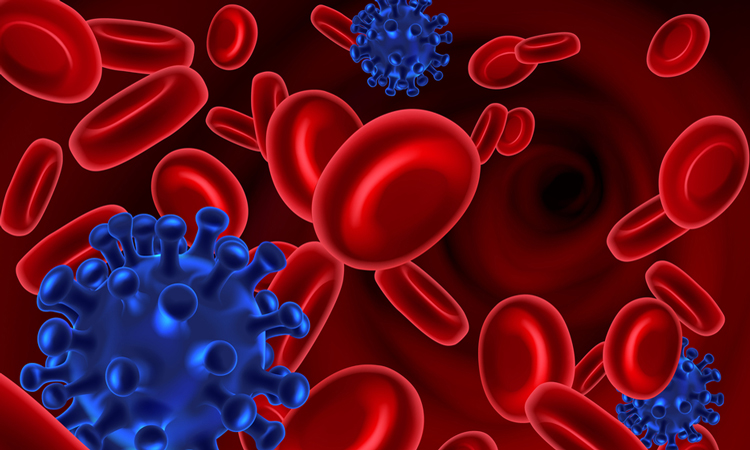 Researchers at the Advanced Science Research Center at the City University of New York (CUNY), US have discovered a potential strategy for the treatment of infections caused by Clostridium Difficile (C. diff).

A toxin released by the most dangerous strains of C. diff has provided the group with a map for developing drugs that can block the toxin and prevent the bacteria from entering human cells. 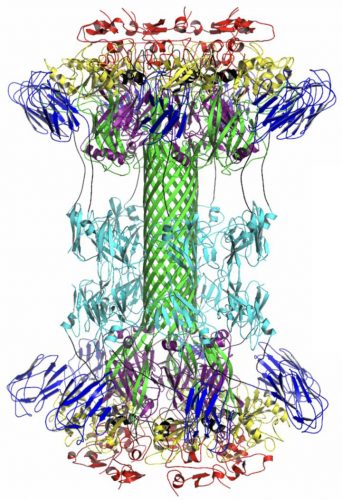 This atomic illustration shows the newly identified CDTB component of the binary C. diff toxin, which researchers now know attaches to the surface of human cells and injects the CDTA portion of the toxin inside the cell (credit: Xingjian Xu and Edwin Pozharski).

“The most dangerous strains of C. diff release a binary toxin that first binds to cells and then creates a pore-forming channel that allows the toxin to get inside and do harm,” said Amedee de Georges, the study’s principal investigator and a professor with the Advanced Science Research Center at The Graduate Center, CUNY. “We were able to combine several increasingly popular biophysical imaging techniques to visualise and characterise every atom of this binary toxin and show us where they are positioned. These details provide a critical and extremely useful starting point for designing drugs that can prevent C. diff infection.”

The group found two similar but distinct forms of the C. diff toxin; one where they could see the pore-forming channel and one where it is invisible. This allowed them to gain clues as to how to prevent the formation of the channel and stop the bacteria from entering the cell.

The researchers also identified a novel calcium binding site on one of the C. diff toxin’s domains. This novel kind of binding structure that has not been found on any other similar toxins, suggesting that calcium plays a critical role in regulating the formation of the bacteria in cells.

According to the team, their findings will guide the design of drugs targeting C. diff infections.