Genes found to slow down the development of intestinal tumours

Scientists have found that when two specific genes are deleted in benign tumour tissue in the intestines, it more rapidly develops into a tumour that is more likely to become cancerous. 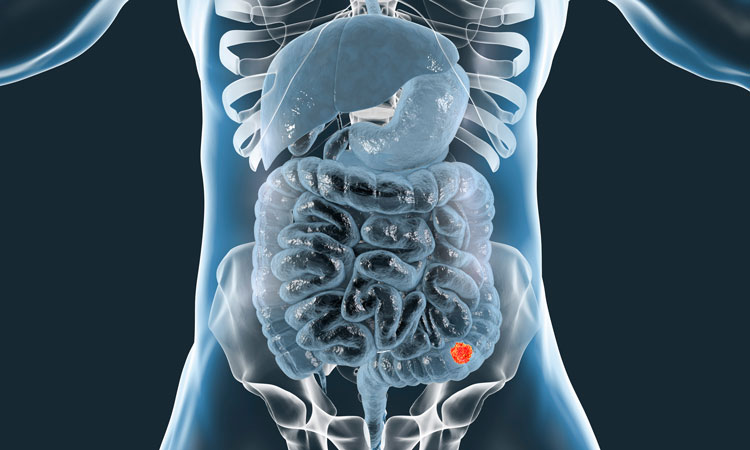 Scientists from The Francis Crick Institute found that if two genes, NEDD4 and NEDD4L, are deleted in benign tumour tissue in the intestines, the tumour creates more stem cells and so more rapidly develops into a tumour that is more likely to become cancerous.

They found that these two genes produce enzymes which inhibit a process called Wnt signalling; an important in cell growth and determination. If these genes are deleted or become ineffective, this Wnt pathway becomes more active and this stimulates another gene, LGR5, to produce more intestinal stem cells.

“By understanding the impact that the deletion of these two genes has on tumours, and how important it is in the evolution of cancers, this research helps to bring us one step closer to new therapies that could slow down tumour development, for example by blocking the Wnt pathway,” said Laura Novellasdemunt, lead author and postdoc in the Crick’s Stem Cell and Cancer Biology Laboratory.

In tests with mice that have benign colon tumours, when both of these genes were removed, the mice died on average 25 days earlier than the mice with the genes. This mimics records of human cancer which have linked having an inactive NEDD4L gene with a poor prognosis.

“For the first time, we’ve shown how proteins, the enzymes created by these genes, are important for regulating the LRG5 gene,” added Vivian Li, author and group leader of the Crick’s Stem Cell and Cancer Biology Laboratory. “This gene is not only key in the creation of intestinal stem cells, but plays a role in stem cell creation in other tissues like the kidneys, and so our findings could help research on the relationship between these genes, stem cells and cancers in other organs.”

The study was published in The EMBO Journal.