Research has shown that human metapneumovirus uses RNA methylation to hide from the immune system and that knocking out this methylation creates a mutant strain which acts like a vaccine. 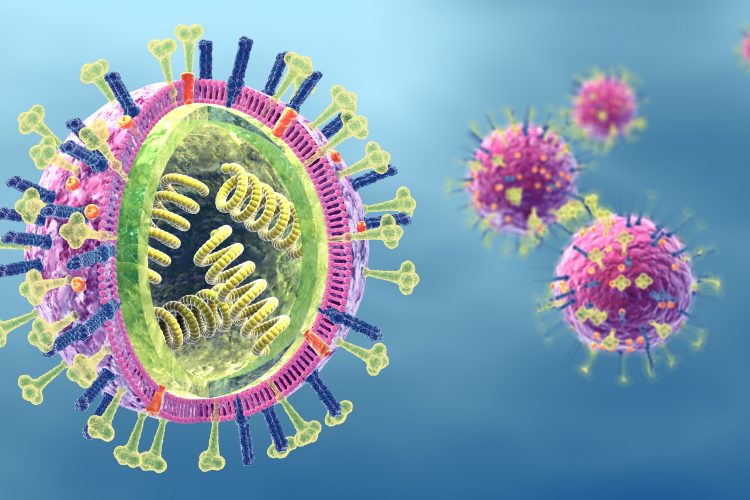 Researchers who created a mutant form of human metapneumovirus (HMPV), lacking its typical m6A methylation, have demonstrated that this mutant strain results in both an innate and adaptive immune response. They are now seeking to patent the concept of using the mutant virus as a vaccine candidate for HMPV as it showed efficacy in protecting rats against HMPV infection.

The team then used high-throughput screening (HTS) to establish which HMPV gene had the most m6A methylation and knocked it out to observe how the virus would function. When the knock-out mutant was introduced to human cells, it triggered type I interferon production – a signal the innate immune system was active.

By tracing innate immune response cell signalling, the scientists established the RNA m6A methylation modification prevents the host immune system from recognising the difference between viral and host RNA. They concluded that this type of modification may be conserved in other viruses as well.

The team then conducted a further experiment in cotton rats to see if the m6A methylation knock-out mutant could work as a future vaccine; whether it generated an adaptive response, with virus-specific antibody and T-cell production. Compared to rats given a placebo, those immunised with the mutant HMPV strain had both innate and adaptive immune responses and showed no indication of viral replication in their lungs and nasal cavities.

“In the case of cotton rats, the mutant virus produced a higher amount of type I interferon and triggered a higher antibody response and a higher T-cell immune response. That means you’ve triggered higher protective ability against the virus infection. So, mutating the virus enhances vaccine efficacy,” said Jianrong Li, senior author of the study and a professor of virology in The Ohio State University Department of Veterinary Biosciences and member of Ohio State’s Infectious Diseases Institute, US. “We proved a concept that these mutant viruses are improved vaccine candidates for HMPV.”