A study has shown that breast cancer cells are protected by healthy cells in the lungs of mice, allowing them to hibernate before growing into tumours. 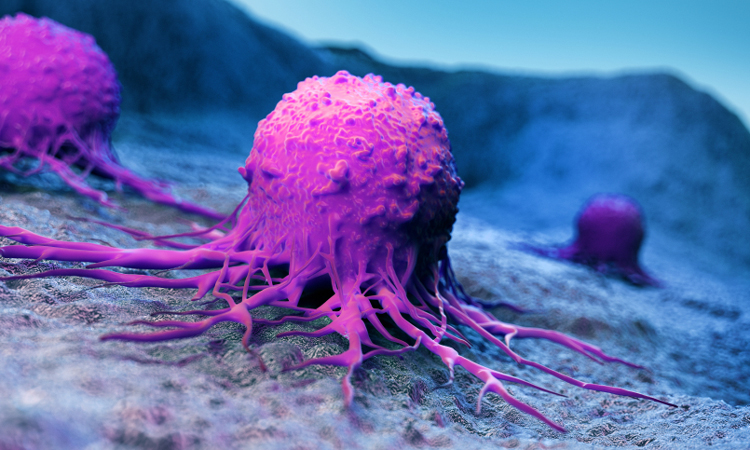 New research has revealed that healthy lung cells support the survival of breast cancer cells, allowing them to hibernate in the lung before forming secondary tumours. According to a study led by the Francis Crick Institute, UK, the findings could help in the development of new treatments that interfere with this behaviour, reducing the number of secondary cancers in patients.

By administering a treatment that interferes with the growth of these protrusions on the breast cancer cells, the researchers found that mice who received the therapy grew fewer secondary tumours than the control mice. They then analysed the genes that are turned on in the hibernating cells, enabling them to find a key gene named sFRP2 that regulates the formation of cell protrusions and the survival of breast cancer cells in the lung.

“Cancer can survive, hibernating in different parts of the body, for many years. By showing how the microenvironment around the cancer cell can support its survival, in our case how the lung cells help the breast cancer cells, opens the door to potential new treatments which target this relationship,” says Erik Sahai, co-lead author and group leader of the Crick’s Tumour Cell Biology Laboratory.

The cancer cells were tested over the course of up to four weeks, during which they remained inactive. In comparison, other cell types continued to remain active, showing that the hibernation of these cells is due to a special relationship they have with the lung environment around them.

“The mechanism behind how cancer cells survive in tissues they have travelled to is not yet well understood. But with many cancers spreading around the body and consequently many patients suffering from relapses, a deeper understanding of the process is vital and something we’ll continue to explore,” says Marco Montagner, co-lead author and former postdoc in the Crick’s Tumour Cell Biology Laboratory, who is now based at the University of Padua.

The researchers say they are continuing to explore the relationship between cancer and non-cancerous cells at a secondary location in the body, including studies at the Crick into what happens when cells from colorectal cancer and melanomas form secondary tumours in the liver. At the University of Padua, studies are ongoing into the genes which are over-expressed in hibernating breast cancer cells.