Using a combination of Cas9 and Cas12a, Canadian researchers have enabled CRISPR methods to edit multiple genes at the same time. 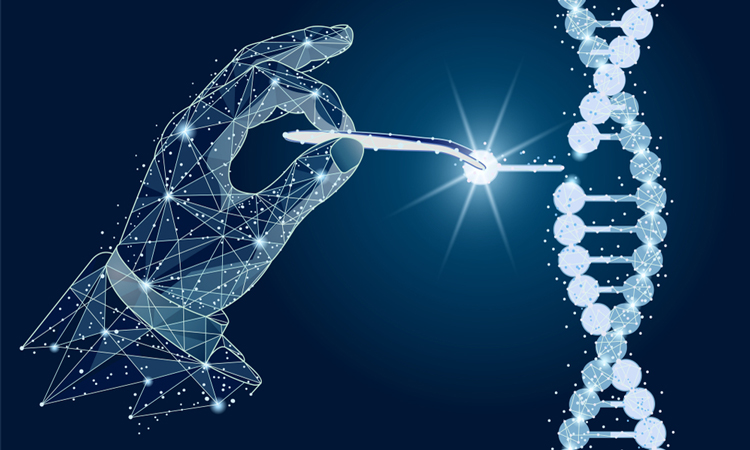 A new development has meant that scientists can now edit multiple sites in the genome at the same time to learn how different DNA stretches co-operate in health and disease.

Using CRISPR, Canadian researchers at the Donnelly Centre for Cellular and Biomolecular Research at the University of Toronto have enabled the technique to simultaneously remove multiple genes or gene fragments in the same cell. According to the team. this advancement could improve understanding of  how different parts of the genome work together in the contexts of both normal physiology and disease.

Dubbed ‘CHyMErA’, for Cas Hybrid for Multiplexed Editing and Screening Applications, the method can be applied to any type of mammalian cell to systematically target the DNA at multiple positions at the same time.

The most widely used DNA-cutting enzyme is Cas9 and since this has been utilised, other Cas enzymes with distinct properties have been identified by scientists seeking to improve CRISPR. Unlike the CRISPR-Cas9 technology, CHyMErA combines two different DNA-cutting enzymes, Cas9 and Cas12a, to allow more versatile applications. Cas12a is an enzyme that can be used to generate multiple guide RNA molecules in the same cell, which is key for simultaneous DNA editing.

Thomas Gonatopoulos-Pournatzis, a research associate, spent several years trying to develop combinatorial gene editing by testing Cas9 and Cas12a enzymes on their own. He then had the idea to combine these enzymes to generate the CHyMErA system.

“We had been trying a number of approaches to induce genetic fragment deletions and nothing worked as well as CHyMErA,” he explained. “I was thrilled when… we saw the first evidence that CHyMErA was successful in deleting gene segments.”

The next step was to harness CHyMErA in large-scale screens to systematically analyse how genes act together, as well the functions of individual parts of genes. Professor Benjamin Blencowe’s team, which studies the regulation and function of gene segments known as exons, approached Professor Jason Moffat, whose group had developed extensive experience with CRISPR technology.

“With CHyMErA, you can use the best of the two enzymes,” said Michael Aregger, a research associate in the Moffat lab, who played a key role in developing the screen-based applications of CHyMErA. “Cas9 has been improved by the community to have a very high editing efficiency, whereas Cas12a allows multiplexing of guide RNAs and therefore provides a lot more flexibility in finding sites in the genome that we can cut.”

In one application of CHyMErA, the researchers targeted pairs of genes known as paralogues, which have a similar DNA code but remain poorly studied because they were difficult to research. As paralogues arose by duplication of an ancestral gene, it had been assumed they would largely have similar roles. However, their function could not be revealed by the existing single-gene targeting methods typically employed in genetic screens, mostly because the other paralogue would compensate for the missing one.

“With CHyMErA, we can take out both paralogues in pairs to see if that ancestral function is important for the cell to survive,” said Kevin Brown, senior research associate in the Moffat lab and co-lead author on the study along with Aregger and Gonatopoulos-Pournatzis. “We are able to now interrogate a class of genes that was previously missed.”

After knocking out approximately 700 paralogue pairs, almost all that exist in the human genome, the analysis confirmed that many of these gene pairs do indeed perform similar roles in cell survival, whereas others have distinct functions, report the researchers.

Another feature of CHyMErA is that both Cas9 and Cas12a can be deployed to nearby genome sites to cut out gene fragments such as exons. This allowed the team to individually delete thousands of exons that have been linked to cancer and brain function but were not amenable to targeting with Cas9 alone. Exons are variably included into genes’ transcripts and can modify the function of the encoded proteins, although how individual exons contribute to cellular processes remains largely unknown. Out of 2,000 exons analysed by CHyMErA, over 100 were found to be critical for cell survival, enabling future research to now focus on shining light on their potential roles in disease.

“Once we identify exons that have a critical role in disease, we can use this information to develop new therapies,” said Gonatopoulos-Pournatzis.