Researchers report that while the spike protein and RNA polymerase proteins have stabilised, other regions of the SARS-CoV-2 genome are becoming increasingly variable. 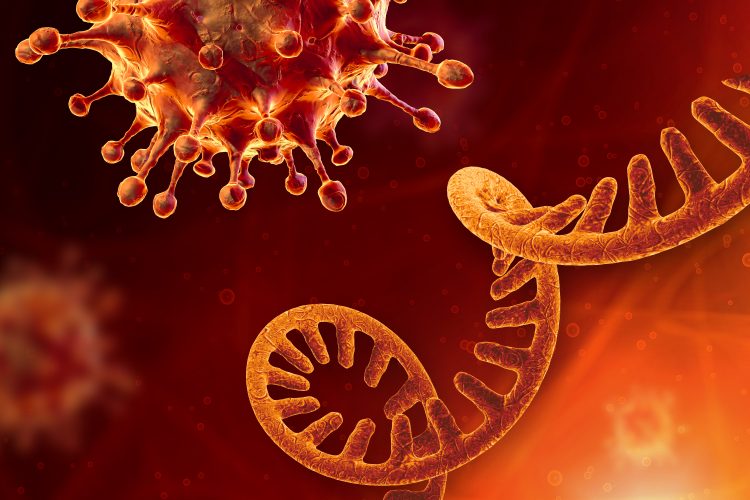 A new study currently undergoing peer review details how the SARS-CoV-2 coronavirus genome mutated between January and May 2020. The researchers hope their study, alongside continued monitoring and research, will expedite the development of vaccines and other therapeutics to combat the COVID-19 pandemic.

The team explained that since COVID-19 began propagating through Wuhan, China, in December 2019, and then across the rest of the world, the SARS-CoV-2 virus which causes the disease has continually mutated to ensure its replication and spread. In a new study available on the preprint server bioRxiv, University of Illinois researchers and students show the virus is honing the tactics that may make it more successful and more stable.

The group of graduate students tracked the mutation rate in the virus’s proteome through time, starting with the first SARS-CoV-2 genome published in January and ending more than 15,300 genomes later in May.

In their study the team identified some regions that continue to express new mutations, while others had slowing mutation rates and showed signs of coalescing around single versions of key proteins. The regions that are becoming stabilised present promising drug targets, because they are most likely essential for SARS-CoV to infect, replicate and function, and their structure is remaining consistent across multiple strains – offering the prospect of treatment cross-reactivity or protectivity.

Study first author Tre Tomaszewski, a doctoral student in the School of Information Sciences at Illinois commented: “In vaccine development, for example, you need to know what the antibodies are attaching to. New mutations could change everything, including the way proteins are constructed. An antibody target could go from the surface of a protein to being folded inside of it, where you cannot get to it anymore. Knowing which proteins and structures are sticking around will provide important insights for vaccines and other therapies.”

The team reported that the virus’ overall mutation rate started slowing in April, after an initial period of rapid change. This included stabilisation within the spike protein following an amino acid substitution at site 614. The study indicates this aspartic acid to glycine mutation spread through the entire SARS-CoV-2 virus population during March and April to the point where the original version is now extremely rare.

The spike protein is the projection on the virus’ surface responsible for binding to receptors on human cells, allowing the injection of the virus’s RNA genome into host cells for replication. The 614 mutation breaks an important bond between distinct domains and protein subunits in the spike, which must help the virus increase its spread and infectivity, said the team.

The 614 mutation was associated with increased viral loads and higher infectivity in one study, with no effect on disease severity. However, another study found that the mutation was linked with higher case fatality rates. Tomaszewski commented that although its role in virulence needs confirmation, the mutation clearly mediates entry into host cells and therefore is critical for understanding virus transmission and spread.

“All three mutations seem to be coordinated with each other,” said Gustavo Caetano-Anolles, professor of bioinformatics in the Department of Crop Sciences at the University of Illinois. “They are in different molecules, but they are following the same evolutionary process.”

The researchers also reported that some regions of the viral proteome were becoming more variable over time, which they suggest could give us an indication of what to expect next with SARS-CoV-2 and the symptoms of COVID-19. Specifically, they found increasing mutations in the nucleocapsid protein, which packages the virus’s RNA after entering a host cell, and the 3a viroporin protein, which creates pores in host cells to facilitate viral release, replication and virulence.

The study concluded that these are the regions to watch, because increasing non-random variability in these proteins suggests the virus is actively seeking ways to improve its spread. According to Caetano-Anolles, these two proteins are inhibitors of the beta-interferon pathway, which plays a key role in regulating our immune response to viral infection, and that mutations in these proteins could explain the uncontrolled immune responses responsible for so many COVID-19 deaths.

Tomaszewski concluded: “Considering this virus will be in our midst for some time, we hope the exploration of mutational pathways can anticipate moving targets for speedy therapeutics and vaccine development as we prepare for the next wave… We, along with thousands of other researchers sequencing, uploading, and curating genome samples through the GISAID Initiative, will continue to keep track of this virus.”