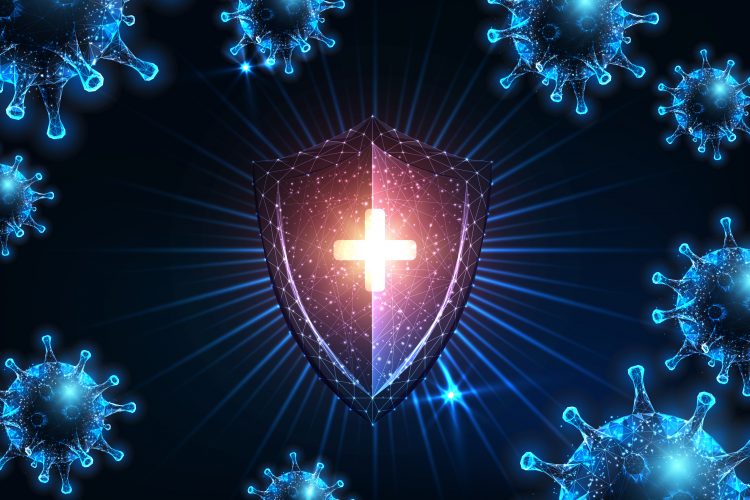 Researchers have discovered a new cellular protection mechanism which they demonstrated can prevent viruses, including Ebola and coronaviruses like SARS-CoV-2, from infecting cells. According to the collaborators, the new understanding surrounding cellular mechanisms involved in viral resistance could inform the development of future therapies for viral infections.

The team identified two genes that can disrupt the entry of viruses into human cells. Researchers at Benaroya Research Institute at Virginia Mason (BRI), US, employed a transposon-mediated gene-activation screen to search for new genes that can prevent infection by Ebola virus. It identified that the gene MHC class II transactivator (CIITA) induces resistance in human cell lines by activating the expression of a second gene, CD74. A particular form of CD74, called p41, was found to disrupt the processing of proteins on the coat of the Ebola virus protein by cellular proteases called cathepsins. This disruption is what prevents the virus infecting cells. The team also revealed that CD74 p41 also blocked the cathepsin-dependent entry pathway of coronaviruses, including SARS-CoV-2. The protective effect of the identified genes was studied by collaborators at Case Western Reserve University, Boston University School of Medicine and MRIGlobal.

“Uncovering these new cellular protection pathways is incredibly important for understanding how we disrupt or change the virus infection cycle to elicit better protection against viruses like Ebola or SARS-CoV-2,” said Dr Adam Lacy-Hulbert, Principal Investigator, BRI and lead author on the study. “And our new strategy helps us find mechanisms that have eluded conventional genetic screens.”

The findings illustrate a new role for genes previously thought to be involved in more conventional T cell and B cell mediated immune responses. For example, CIITA was known to be important for communication between immune cells, but it had not previously been identified as a way for cells to defend themselves against viruses.

“As a virologist, I am excited not just about what this means for Ebola virus, but about the broader implications for other viruses,” said Dr Anna Bruchez, Instructor in Pathology, Case Western Reserve University and co-author on the study. “Many viruses, including coronaviruses, use cathepsin proteases to help them infect cells. Fortunately, when SARS-CoV-2 emerged, I had recently moved to Case Western, and was able to use their specialised BSL3 laboratories to show the CD74 pathway also blocked endosomal entry by this virus. Thus, this anti-viral mechanism has evolved to work against many different viruses.”

Dr Lynda Stuart, Deputy Director of the Bill & Melinda Gates Foundation, BRI Affiliate Investigator and co-author on the study added: “We really do not understand the cellular mechanisms that block viral infections, which has limited our ability to effectively respond to pandemics, including this year’s coronavirus… We really need therapies that can block all viruses, including unknown future pathogens. To do that we need to find common pathways that viruses target and then develop approaches to block those vulnerabilities. Our work demonstrates one way in which cells can be modified to do this, and we hope that our insights will open up new avenues for scientists developing therapies and interventions to treat viral infectious diseases that impact millions of lives around the world.”

The research was published in Science.