A team has extracted single tumour cells from existing cell lines to create 3D cell cultures that could allow for personalised cancer therapies. 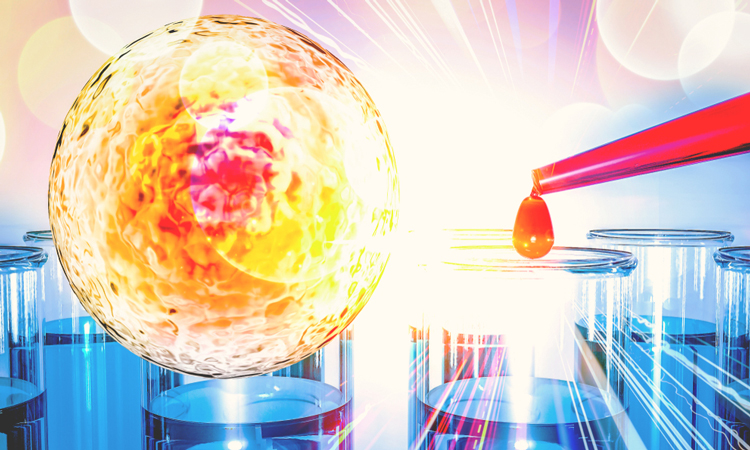 A new three-dimensional (3D) cell culture technique may enable the personalised treatment of cancer by allowing researchers to understand the contributions of different cell types in a tumour.

The study was conducted at Purdue University, US. The team say they are the first to demonstrate a 3D cell culture made from individually selected cells.

“To produce tissue samples that are close to what we have in the body, which allows us to do high-fidelity research in the laboratory, we need to place cells in an environment that mimics their natural milieu, allowing the cells to organise into recognisable structures like tissues in vivo,” said Professor Sophie Lelièvre. She expanded that current 3D cell culture techniques have their limits, as real tumours, for example, are made up of cells of various phenotypes, or behaviours. “Within a tumour, most cells are cancerous, but they do not have the same phenotype. It has been proposed that some tumours respond to chemotherapy and some are resistant depending on the degree of heterogeneity of these phenotypes. It is difficult to pinpoint treatments based on tumours grown in the lab because every patient’s tumours have different levels of heterogeneity.”

A typical cell culture dish or device has a large number of cells and have no control over which cells develop into tumours. To understand how the heterogeneity inside a tumour develops and drives resistance to treatment, scientists need to study the contribution of each cell phenotype to the tumour by selecting individual cells and studying their impact. 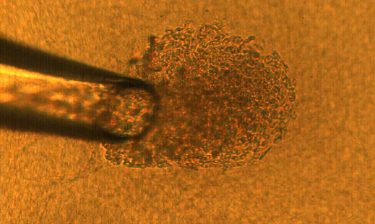 A 50-micron glass pipette is used to capture a single cancer cell, which is then deposited onto a matrix gel island to culture into a 3D tumour. That tumour can be tested under laboratory conditions as an analogue for the same tumour in a human body. [credit: Purdue University image/Rohil Jain].

Professor Cagri Savran, one of the lead researchers, had previously demonstrated a microfluidic device capable of isolating single cancer cells from a blood sample.

“These cells are extremely rare,” Savran said. “With a sample with billions of cells, we may find just one or two tumour cells. But since we have figured out how to find them, we can now hand them off to people like Sophie to help study their heterogeneity.”

After several days, the team observed that many of the selected single cells had developed into tumours that displayed degrees of aggressiveness corresponding to the cancer subtype of origin. The cells also recreated phenotypic heterogeneity, as shown with an imaging-based quantitative approach.

The researchers also demonstrated that the degree of phenotypic heterogeneity inside a tumour depends on the cell of origin and could be related to fast-growing tumours for a specific breast cancer subtype, bringing new directions of research to understand the underlying mechanisms of aggressiveness in cancers.

“Creating specific treatments that can address an individual patient’s cancer is the Holy Grail of personalized therapy and now we’re one step closer,” Savran said.