Sequencing and transcriptome data on iPSCs has been used to identify correlations between genetic variants and expression patterns. 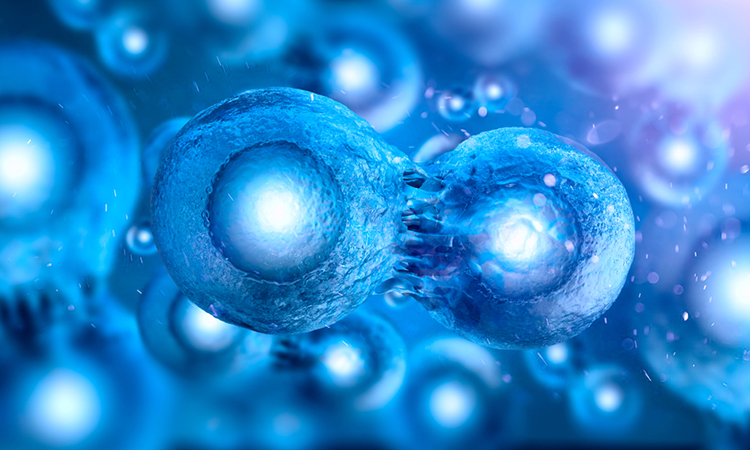 According to the researchers, tens of thousands of genetic variations – single nucleotide polymorphisms (SNPs) – have been identified in the human genome that are associated with specific diseases. Many of these genetic variants are not located in the protein-coding regions of genes, but affect regulatory sections. Therefore, scientists are trying to find out if and in which tissues these variants can be linked to changes in the activity of specific genes.

Typically, such analyses are performed in blood cells or tissue biopsies, depending on the type of disease. “Pluripotent stem cells, however, might be better suited for this purpose in many cases, as they are undifferentiated and therefore reflect the ancestral state of all cells,” said Oliver Stegle, division head at the DKFZ and group leader at EMBL. “Stem cells could be particularly relevant when searching for the cause of diseases that occur early in development.”

The team compiled sequence and transcriptome data on iPSCs from around 1,000 donors. They then systematically examined these data to identify correlations between individual genetic variants and altered expression patterns in stem cells.

For more than 67 percent of all genes active in iPSCs, the researchers found differential expression patterns depending on genetic variants. Many of these associations are novel and have not been described in somatic cell types before. For over 4,000 of these associations, the genetic variants responsible for the altered expression patterns could be linked to specific diseases. These included, for example, variants associated with coronary heart disease, lipid metabolism disorders or hereditary cancers.

The researchers also investigated whether iPS are suitable for identifying the causative genes of rare genetic diseases. They used iPSC lines from 65 patients who suffered from various rare diseases, whose causal gene defects were already known through previous analyses. In the transcriptome data of these iPSC lines, the scientists searched for particularly conspicuous “outliers” in the expression pattern. These analyses reliably led to the trace of the genetic basis of the disease.

“Such screenings were previously impossible because there were simply no sufficiently large reference collections of iPS transcriptomes,” explained Marc Jan Bonder, first author of the study. “We were surprised to find such a large number of disease-associated genetic variants that are already visible in the expression pattern at the earliest time point of cell differentiation, represented by the iPSCs.”

The results are published in Nature Genetics.