Researchers have reported that nano-micelles can be used to efficiently deliver CRISPR-Cas9 to edit genes in the brains of mice. 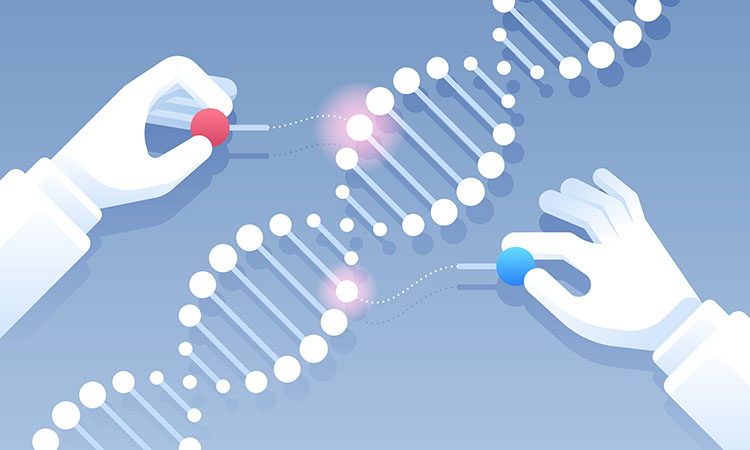 A group of scientists has reported that optimised nano-micelles can induce efficient CRISPR genome editing in the brains of mice. The study was conducted at the Innovation Center of NanoMedicine (iCONM), Japan.

According to the researchers, CRISPR-Cas9 holds great promise for treating various diseases such as congenital disorders and viral infections, by correcting disease-specific genomic sequences. This technology has attracted increasing attention in the last decade as it enables the easy targeting of genomic sequences with high precision and low level of undesired off-target gene editing. However, safe and efficient delivery of the Cas9 DNA cutting enzyme and guide RNA (gRNA), which is a short piece of RNA that guides Cas9 to its genomic targets, remains an obstacle.

In their study, the team fabricated nano-micelles for the delivery of Cas9-encoding messenger RNA (mRNA) and gRNA, which condenses these RNAs in the micelle core and forms a protective shell of polyethylene glycol.

The efficiency of the genome editing was evaluated in transgenic mice which express a red fluorescent protein upon successful editing in the mouse brain. Cas9 mRNA (4,500 base) and gRNA (100 base) are largely different in size and when each was loaded separately in a nano-micelle, gRNA was rapidly released and degraded. The researchers found that when both Cas9 mRNA and gRNA were loaded in the same nano-micelle, the stability of gRNA was increased and this co-loaded nano-micelle allowed more efficient genome editing in various brain cells, such as neurons, astrocytes and microglia.

Additionally, the presence of polyethylene glycol on the surface of the nano-micelles was found to play a pivotal role in diffusion in the brain tissue after injection, allowing to induce higher genome editing. The team say that this nano-micelle represents an efficient and safe tool that could be used for the treatment of genetic brain diseases such as Huntington’s disease and other neurodegenerative disorders such as Alzheimer’s disease.

The study was published in the Journal of Controlled Release.