Researchers have revealed that the protein ALYREF promotes the effects of the neuroblastoma gene, MYCN, making it a target. 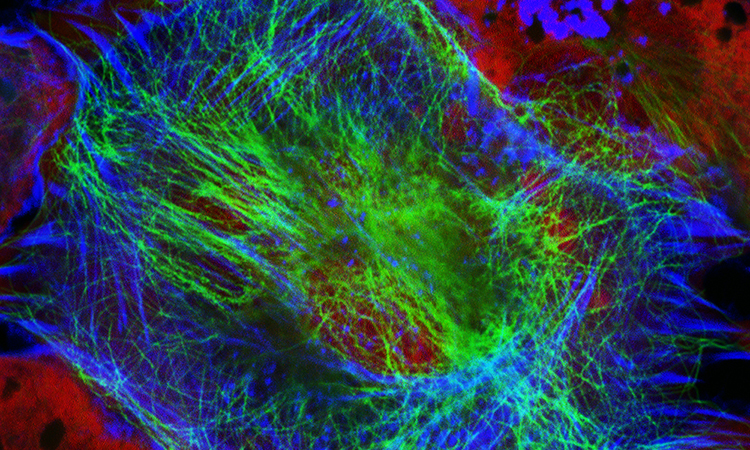 Researchers have discovered a new way to target an aggressive childhood cancer, neuroblastoma, one of the most common and dangerous cancers in young children. According to the team, the discovery may also have important implications for some other aggressive cancers in children, including certain brain tumours, as well as some adult cancers, including ovarian and prostate cancer.

The new research, led by scientists at Children’s Cancer Institute, Australia, has discovered that a cellular protein called ALYREF plays a crucial role in accelerating the effects of the cancer driver gene, MYCN, in neuroblastoma.

Scientists have known for some time that the one third of children with neuroblastoma who have very high levels of MYCN in their cancer cells have a much poorer prognosis. However, MYCN has proven to be an unreachable target for drug design. Instead, scientists have turned their attention to finding other molecules that work in close partnership with MYCN.

In the new study, the researchers showed that MYCN depends on ALYREF to drive the growth of neuroblastoma cells.

“We have been able to show for the first time that ALYREF binds to and actually controls MYCN function in neuroblastoma cells,” explained lead researcher Professor Glenn Marshall. “This means we now have a new molecule that we can target… a new way to get at MYCN and stop it from driving aggressive cancer growth.”

Working with neuroblastoma cells, Professor Marshall and his team found that ALYREF bound to MYCN directly to switch on another protein, USP3, which prevents MYCN being degraded. This maintains the extremely high levels of MYCN needed to drive the cancer and so acts as an accelerant. These findings strongly suggest that ALYREF inhibition could interrupt this cycle and prove to be a very valuable new therapeutic strategy for high-risk neuroblastoma.

The team say the next step will be to develop a potent and specific ALYREF inhibitor – a drug capable of inhibiting the actions of this molecule and to test this in laboratory models.

“This research provides new knowledge as a basis for drug discovery,” said lead researcher Dr Belamy Cheung. “Once we find a suitable drug candidate, we can take this to clinical trial in children with high levels of MYCN and ALYREF in their tumours.”

The researchers highlight that targeting ALYREF may also prove to be a useful therapeutic strategy for other types of cancer which, like high-risk neuroblastoma, are known to be MYCN-driven. These include blood cancers, medulloblastoma, glioblastoma, retinoblastoma, ovarian cancer, Wilms’ tumour and neuroendocrine prostate cancer.