A new artificial intelligence (AI) method has been created to uncover which proteins enable bacteria to infect human intestines. 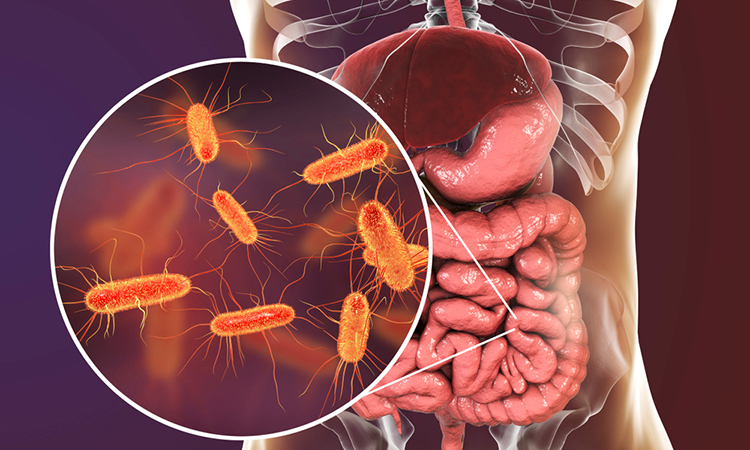 Researchers have created an artificial intelligence (AI) platform that can identify the specific proteins that allow bacteria to infect the intestines – a method that could pave the way for the creation of smart drugs that will neutralise the proteins and prevent disease, without the use of antibiotics. The study was conducted at Tel Aviv University, Israel.

According to the researchers, intestinal diseases are caused by pathogenic bacteria that attach to intestinal cells. Once attached, the bacteria use a molecular syringe to inject intestinal cells with proteins called “effectors”. These effectors work together to take over healthy cells. However, until now scientists have not known what protein combination it is that cracks the cell’s defence mechanisms.

Now, the researchers’ AI platform has identified novel effectors in the bacteria, which have been experimentally tested and validated. Subsequently, laboratory experiments at Imperial College and the Institute for Cancer Research, both UK, successfully predicted the protein combinations that lead to the pathogenic bacteria taking over the intestines.

“In this study, we focused on a bacterium that causes intestinal disease in mice, a relative of the E. coli bacteria that cause intestinal disease in humans, so as not to work directly with the human pathogen,” explained PhD student Naama Wagner, a researcher from the study. “The AI we created knows how to predict effectors in a variety of pathogenic bacteria, including bacteria that attack plants of economic importance. Our calculations were made possible by advanced machine learning tools that use the genomic information of a large number of bacteria. Our partners in England proved experimentally that the learning was extremely accurate and that the effectors we identified are indeed the weapons used by the bacteria.”

“Pathogenic bacteria are treated with antibiotics,” said Professor Tal Pupko, who led the research. “But antibiotics kill a large number of species of bacteria, in the hope that the pathogenic bacteria will also be destroyed. So antibiotics are not a rifle but a cannon. Moreover, the overuse of antibiotics leads to the development of antibiotic-resistant bacteria, a worldwide problem that is getting worse. Understanding the molecular foundation of the disease is a necessary step in the development of drugs that are smarter than antibiotics, which will not harm the bacterial population in the intestines at all. This time we discovered the effectors of gut bacteria that attack rodents, but this is just the beginning. We are already working on detecting effectors in other bacteria in an attempt to better understand how they carry out their mission in the target cells they are attacking.”

The results are published in Science.