Researchers have created an X-ray scanning machine that shows the shape of an object and its molecular composition. 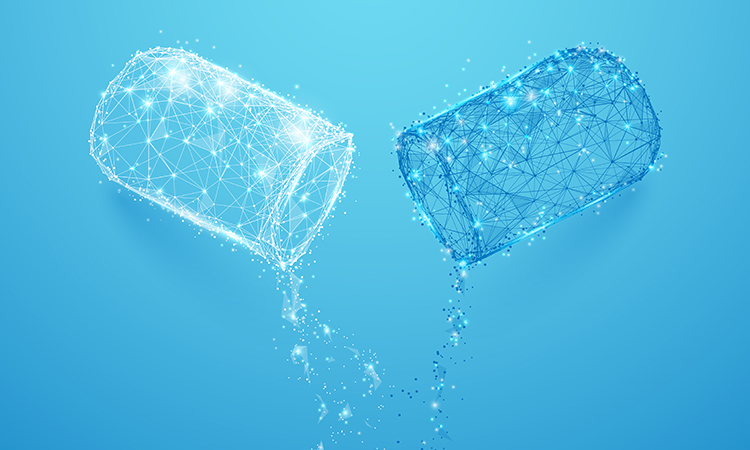 Engineers at Duke University, US, have developed a prototype X-ray scanning machine that reveals not just the shape of an object but its molecular composition. With unprecedented resolution and accuracy, the team say the technology could revolutionise a wide range of fields such as cancer surgery, pathology and drug inspection.

“Whether you are trying to spot a bomb in a bag or a tumour in a body, the physics is more or less the same,” said Associate Research Professor Joel Greenberg, one of the researchers. “But from an engineering point of view, the constraints on the two are very different. We built this smaller, higher-resolution device to demonstrate that our approach could be used for a number of different applications.”

The technology is a hybrid X-ray system that combines conventional X-ray transmission radiography with X-ray diffraction tomography. The former involves measuring the X-rays that pass straight through an object. The latter involves gathering deflection angle and wavelength information from X-rays that have scattered off of an object, which provide a signature unique to that material’s atomic structure.

According to the team, one of the hurdles to adopting this technology is that the scattered X-ray signal is typically very weak and complex. This results in very few X-rays reaching the detector with each image captured, which leads to long delays while the scanner gathers enough data for the job at hand. 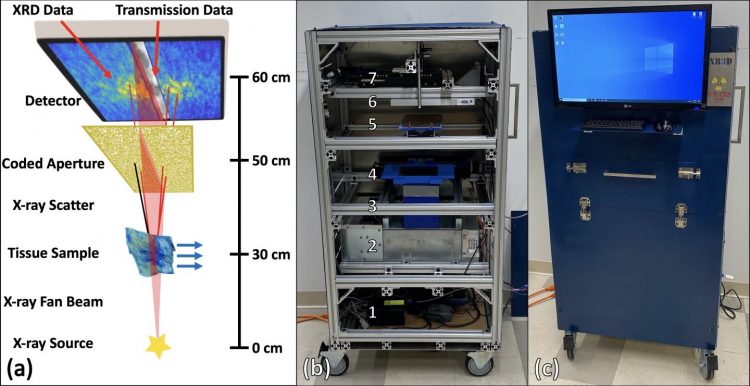 This prototype X-ray scanner produces images complete with internal molecular composition with unprecedented resolution and accuracy by analysing how X-rays bounce off of the samples [credit: Joel Greenberg, Duke University].

The researchers approach uses a coded aperture, a pierced shield that allows X-rays travelling at many different angles to pass through its holes. The trick is in knowing the exact pattern being used to block the X-rays, which a computer can then use to process the larger, more complex signal. This allows the researchers to gather enough deflected X-rays to identify the material in a shorter time span.

In the paper, the researchers developed a new method for creating high-quality, three-dimensional (3D) coded apertures, designed a new machine end-to-end with a user interface and compact footprint and built a prototype using off-the-shelf components regularly used in medical imaging.

The biggest challenge tackled by the prototype scanner involved making accurate diagnoses of potentially cancerous tissues. The researchers scanned tissue biopsies before they were sent to the resident pathologists for their clinical workups. The scanner not only matched the clinical diagnosis accurately, but it also reliably distinguished between the subtypes of tissue in and around the cancerous tissue. 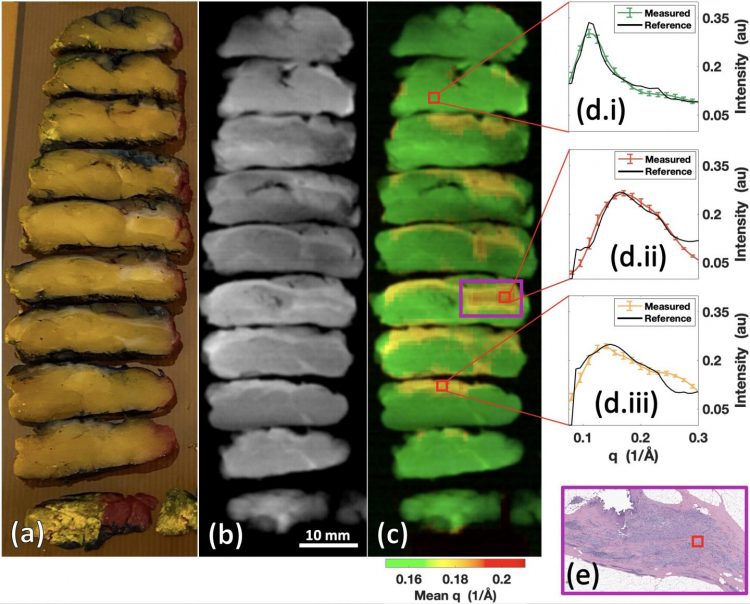 The researchers then showed that the scanner could provide a real-time analysis of pharmaceuticals. Moving forward, the research team has a grant to optimise the scanner for tissue samples.

“We built this scanner to show all of the different types of things that it could accomplish,” said Greenberg. “But a commercial machine for each application might have its own set of engineering variations, such as the way in which we make measurements, the choice of sensors or the architecture.”

The study is published in Scientific Reports.