In this article, Drug Target Review‘s Victoria Rees explores a new method that could enable powerful immune cells to be produced in large quantities to treat a range of cancers. 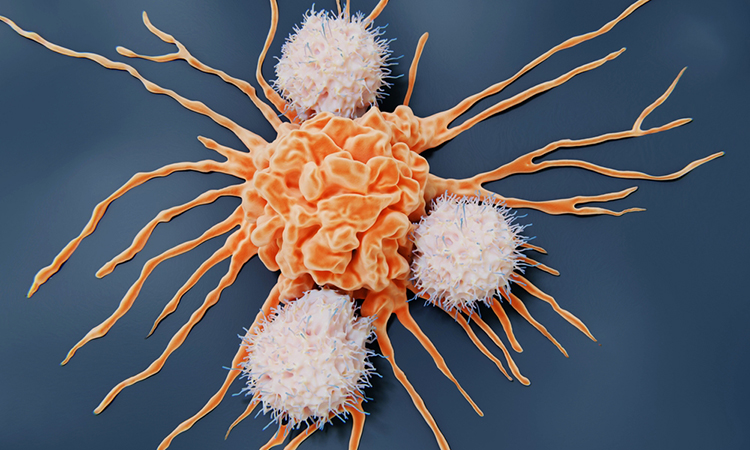 Immunotherapies, which utilise the body’s defences to combat disease, have transformed the treatment landscape for aggressive and deadly cancers. However, these therapies – especially those based on immune cells – must be tailored to each individual patient, costing valuable time and increasing the cost of therapy. To overcome these issues, products that can be rapidly manufactured and distributed to treat cancer patients are required.

In a new study1 from the University of California, Los Angeles (UCLA) in the US, researchers report a ground-breaking step forward in the development of an “off-the-shelf” cancer immunotherapy. According to the team, the new method makes use of rare but powerful immune cells that could potentially be produced in large quantities, stored for extended periods and safely used to treat a wide range of patients with various cancers.

“In order to reach the most patients, we want cell therapies that can be mass-produced, frozen and shipped to hospitals around the world,” said Associate Professor Lili Yang, a member of the Eli and Edythe Broad Center of Regenerative Medicine and Stem Cell Research at UCLA and the study’s senior author. “That way, doses of these therapies can be ready and waiting for patients as soon as they are needed.”

For the study, published in the journal Cell Reports Medicine, Yang and her colleagues focused on invariant natural killer T cells (iNKT cells). According to Yang, these are ideal carriers for developing allogeneic cell therapy because they are powerful immune cells that target cancers. Along with their power and efficacy, iNKT cells are also advantageous because they do not carry the risk of graft-versus-host disease, which can occur when transplanted cells attack a recipient’s body and is the reason most cell-based immunotherapies must be created on a patient-specific basis. However, healthy donor blood contains extremely low numbers of endogenous iNKT cells. 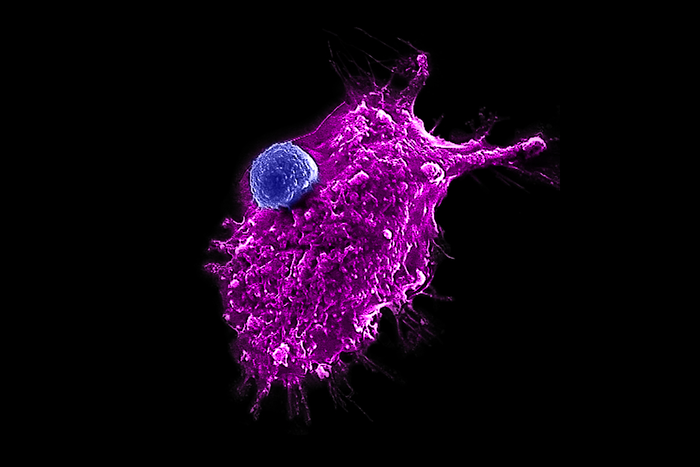 Development of the bioprocess

The researchers first used genetic engineering to programme the blood-forming stem cells to make them more likely to develop into iNKT cells. Next, these genetically engineered stem cells were placed into artificial thymic organoids, which mimic the environment of the thymus, a specialised organ in which T cells naturally mature in the body. After eight weeks in the organoids, each stem cell produced, on average, 100,000 iNKT cells.

By combining haematopoietic stem cell (HSC) gene engineering and in vitro differentiation, the team were able to generate human allogeneic HSC-engineered iNKT (AlloHSC-iNKT) cells at high yield and purity. According to the researchers, these cells closely resembled endogenous iNKT cells.

Yang and her collaborators then tested the resulting HSC-iNKT cells by comparing their cancer-fighting abilities with those of immune cells called natural killer cells (NK cells). In a lab dish, the team found that the HSC-iNKT cells were significantly better than the NK cells at killing multiple types of human tumour cells – including leukaemia, melanoma, lung cancer, prostate cancer and multiple myeloma cells.

According to the team, even more importantly, the HSC-iNKT cells sustained their tumour-killing efficacy after being frozen and thawed, an essential requirement for widespread distribution of an off-the-shelf cell therapy.

The researchers next equipped the HSC-iNKT cells with a chimeric antigen receptor (CAR), a specialised molecule used in some immunotherapies to enable immune cells to recognise and kill a specific type of cancer. In the new study, they added a CAR that targets a protein found on multiple myeloma cells to the HSC-iNKT cells. Then, they tested the cells’ ability to fight human multiple myeloma tumours that had been transplanted into mice.

The scientists found that these CAR-equipped HSC-iNKT cells eliminated the multiple myeloma tumours and the mice that underwent this treatment remained tumour-free. They also found that the mice showed no signs of complications such as graft-versus-host disease throughout their lives. The updated cells to removed surface human leukocyte antigen (HLA) molecules and further reduced immunogenicity.

The team are now working to improve their manufacturing methods by moving to a feeder-free system that eliminates the need for supportive cells – such as those used in the thymic organoids – to assist blood stem cells in producing iNKT cells. Yang said she hopes this advance will enable the improved mass-production of the therapy and ultimately its clinical and commercial development.

“Collectively, these pre-clinical studies demonstrate the feasibility and cancer therapy potential of AlloHSC-iNKT cell products and lay a foundation for their translational and clinical development,” the researchers write in their paper.