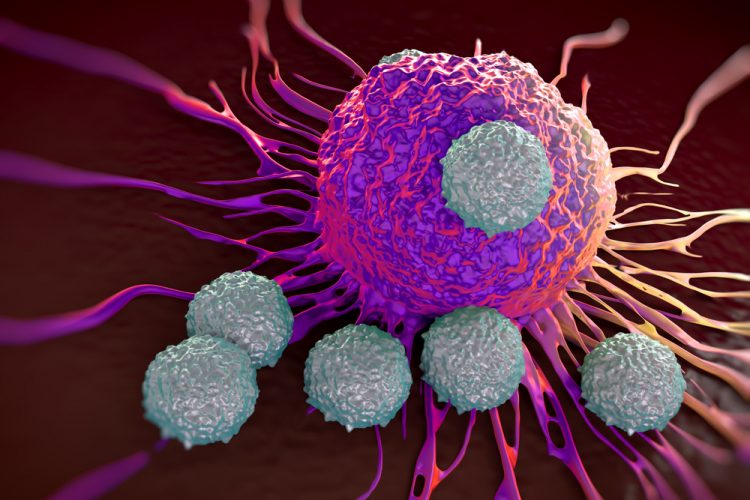 New research from the University of Pennsylvania School of Medicine, US, has demonstrated that RN7SL1, a naturally occurring RNA, can activate the body’s own natural T cells to seek out the cancer cells that have escaped recognition by chimeric antigen receptor (CAR) T cells. The researchers believe that their findings may help improve efforts to treat solid cancer tumours.

“CAR T cells typically are like lone soldiers without backup. However, if given the right tools, they can kickstart the body’s own immune system and give them help against the cancer cells missed with CAR T cells alone,” explained co-lead author Professor Andy Minn.

According to the team, the first tool is an endogenous RNA, or RNA originating from the body’s own cells, called RN7SL1. However, when delivered to a tumour by CAR T cells, RN7SL1 mimics a viral RNA. Similar to after a virus infection, innate immune cells wake up after seeing RN7SL1 delivered by CAR T cells.

These innate immune cells can now function to stimulate the body’s T cells, mobilising them to join the attack on cancer. However, as with CAR T cells, the body’s natural T cells also need a target on cancer cells to recognise and attack. The second tool provided by the CAR T cells are foreign antigens, which are “painted” on the surface of cancer cells, thereby marking them for killing by the natural T cells.

As well as helping to recruit the body’s natural immune system, the study showed that RN7SL1 can improve the function of CAR T cells themselves. The team stated that CAR T cells that express RN7SL1 have the additional advantages of persisting longer, infiltrating tumours better and retaining greater function against tumours.