In a recent study, scientists have highlighted the possible use of South Asian medicine, specifically, Ayurvedic medicine, to treat type 2 diabetes. In this article, Drug Target Review dives into the study’s implications and what it means for the western world of drug discovery. 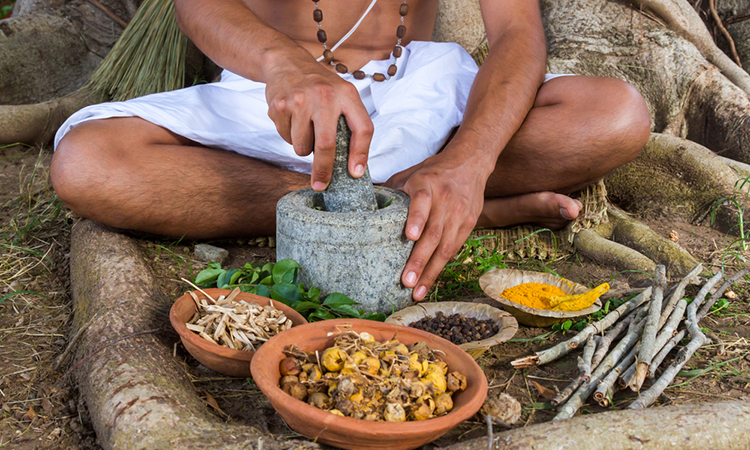 The development of therapeutics and drugs has been a continuous aspect of humanity since prehistoric and ancient times, with many of these discoveries still in use today. Ayurveda, for example, is a holistic traditional medicine system in South Asia, still heavily practised in India and Nepal. The therapies include lifestyle modification (including diet), yoga and ingredients like herbs. However, in this region, there has been much movement towards western practices over recent centuries.

In a recent study led by Dr Kaushik Chattopadhyay, Associate Professor at the University of Nottingham, UK, researchers found that several Ayurvedic medicines are effective in maintaining blood glucose levels in patients with type 2 diabetes.

In their study, which was published in Frontiers in Pharmacology, the researchers outline that in Ayurveda, the equivalent term for diabetes is madhumeha (madhu means ‘‘sweetness’’ and meha means ‘‘excessive urination’’). Classical Ayurvedic texts have described this condition and how to manage it in detail. The individualised approach is used to manage the disease through lifestyle, detoxifying and purifying therapies and Ayurvedic plant, animal or mineral-based medicines. It is thought that many of these medicines work through pancreatic and extra-pancreatic effects. Type 2 diabetes is one of the primary diseases for which patients seek advice from Ayurvedic practitioners and therefore use this type of therapy. According to the researchers, patients commonly use Ayurveda as it fits with their health beliefs and culture and prefer not to use western medicines due to the associated side effects, cost and method of administration – for example, through injections.

A systematic review of Ayurvedic medicine

Previous systematic reviews have shown the potential for managing type 2 diabetes with Ayurvedic medicines, however many need updating and none have provided a comprehensive summary of all the medicines evaluated for managing the condition. Therefore, the researchers conducted an in-depth systematic review highlighting that Ayurveda can effectively control type 2 diabetes.

As part of this review, the team searched various sources, including 18 electronic databases. The study included 219 articles, which represented 199 randomised controlled trials (21,191 participants) and 98 Ayurvedic medicines.

In an exclusive interview with Drug Target Review, Chattopadhyay explained that in their review, the research team aimed to “bring together different studies conducted that just focused on Ayurvedic medicines for type 2 diabetes, be it herbs or herbal mineral preparations, or some patent Ayurvedic medicines manufactured by current pharmaceutical companies.”

Despite the evidence highlighting a positive light on Ayurvedic medicine, Chattopadhyay also emphasised the issues with the studies that were reviewed in the study—many of the articles were not properly reported, therefore resulting in poor methodological quality scoring. “We do not know whether they have done it properly or have not reported it properly,” he explained.

Despite reporting issues, Chattopadhyay is quite hopeful that further studies will show the effectiveness of Ayurveda in treating type 2 diabetes. “The current evidence suggests the benefits of a range of Ayurvedic medicines in improving glycaemic control in type 2 diabetes patients. Given the limitations of the available evidence and to strengthen the evidence base, high-quality randomised controlled trials should be conducted and reported. As part of the funded project, we have developed a clinical guideline for managing type 2 diabetes by Ayurvedic practitioners based on this evidence and will be evaluating it.”

Chattopadhyay has noted the interest in this study around the globe, especially in western countries. He therefore hopes that the pharmaceutical industry will be interested and carry out robust studies. As part of the funded research project, Chattopadhyay and the team have developed a clinical guideline for managing type 2 diabetes by Ayurvedic practitioners which will be evaluated in Nepal.

Dr Kaushik Chattopadhyay is an academic with an exclusive dual degree, European Master’s in Public Health, fully funded by the European Commission. The dual degree comprises of Master of Public Health (Distinction) from The University of Sheffield, UK and MSc in Public Health – Health Economics and Financial Management (Distinction) from Jagiellonian University, Poland. He is also a registered Ayurvedic practitioner by profession and completed his Bachelor of Ayurvedic Medicine and Surgery at the University of Calcutta, India. Kaushik possesses several years of experience in research and teaching, particularly in the UK and Asian countries like India, Nepal, China and Bangladesh. In the past, he has worked at the London School of Hygiene and Tropical Medicine, King’s College London, St George’s, University of London, The Royal Institute of International Affairs, all UK, and the UK National Health Service Suffolk. He has also worked as a clinician at some of the busiest government hospitals in Kolkata, India.