Antibody therapy has been a critical part of the COVID-19 research campaign to treat severe cases. Unfortunately, despite many promising candidates, scientists have yet to find one that passes clinical trials. This article by Drug Target Review’s Ria Kakkad highlights some of the most recent developments in the search for COVID-19 antibodies. 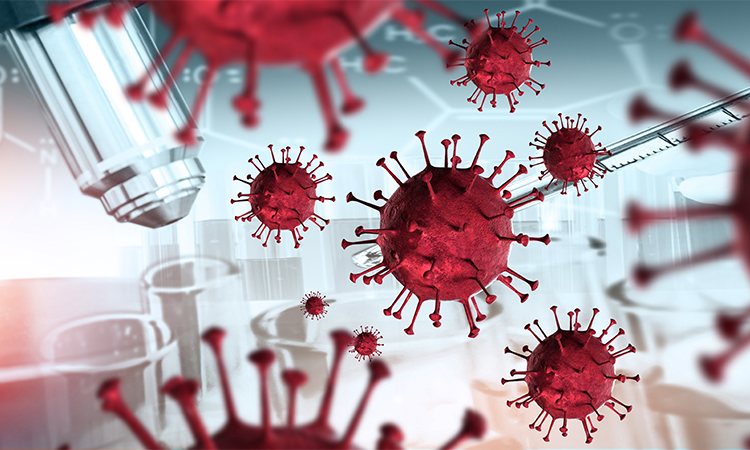 When our bodies are exposed to pathogens, the immune system creates an antibody to fight against them by blocking the interactions that allow the virus to infect healthy cells. Identifying these antibodies can enable researchers to either develop them into or inform the development of other antibody medicines that mimic the function of our natural immune system. SARS-related coronaviruses, including SARS-CoV and SARS-CoV-2, are some of the most urgent threats to health worldwide. There is a pressing need to develop efficient therapeutics, especially against an evolving pandemic with emerging variants and future threats. Antibody therapy is considered a vital approach to pursue in the search for treating severe cases of COVID-19. The following studies are some of the most encouraging developments in the field.

Llama nanobodies could protect against COVID-19

Researchers at Mount Sinai, US found that tiny, robust immune particles derived from a llama’s blood could protect against every COVID-19 variant.1

Llamas, camels and alpacas have unique immune systems as they produce antibodies with a single polypeptide chain instead of two. This construct results in antibodies that are roughly a 10th the size of normal ones, extremely stable and can firmly connect to disease targets. These unique properties allow researchers to easily link multiple nanobodies, so if a virus attempts to escape by mutating, another nanobody can stop it. The lead author of the study, Dr Yi Shi, explained that “their superior stability, low production costs and the ability to protect both the upper and lower respiratory tracts against infection mean they could provide a critical therapeutic to complement vaccines and monoclonal antibody drugs if and when a new COVID-19 variant or SARS-CoV-3 emerges.”

The team immunised a llama with the SARS‑CoV-2 receptor binding domain (RBD), such as, the short fragment or spike of the virus that latches onto the protein on the surface of human cells to gain entry and spread infection. They found that repeated immunisation with the RBD resulted in the llama producing nanobodies that not only recognised SARS-CoV-2, but a vast array of other coronaviruses – conferring what researchers referred to as “super-immunity”. In addition, the team isolated and validated an extensive repertoire of highly potent antiviral nanobodies effective against a broad spectrum of SARS-like viruses as a result of this discovery.

“We learned that the tiny size of these nanobodies gives them a significant advantage against a rapidly mutating virus,” explained co‑author Dr Ian Wilson. “Specifically, it allows them to penetrate more of the recesses, nooks and crannies of the virus surface and thus bind to multiple regions to prevent the virus from escaping and mutating.”

From this, the team designed an ultrapotent nanobody that can simultaneously bind to two regions on the RBD of SARS-like viruses to prevent mutational escape. The resulting molecule (PiN-31) is highly stable and in its aerosolised form, can be used as an inhaled treatment or spray, which the same team demonstrated in previous work can be effective against SARS-CoV-2.

“While more research is needed, we believe that the broad protection, ultrapotent nanobodies we were able to isolate in the lab can be harnessed for use in humans,” concluded Shi. “We strongly believe that the novel, inhalable and extremely potent nanobodies we have discovered can meet that demand on a global scale, particularly in developing countries that are most vulnerable to viruses and lack the therapies to treat them.”

An antibody that neutralises all known COVID-19 variants

Researchers at Boston Children’s Hospital, US developed a broadly neutralising antibody that could help defend against future variants. The antibody successfully neutralised all known SARS-CoV-2 variants in experiments using mouse models, including all Omicron variants.2

The researchers inserted two human gene segments into the mice, rapidly pushing their B cells to produce a diverse repertoire of humanised antibodies. They then exposed the mice to the SARS-CoV-2 spike protein, from the original Wuhan-Hu-1 strain of the virus. The modified mice produced nine lineages of humanised antibodies that bound to the spike.

Antibodies in three of the nine lineages were effective neutralisers of the original Wuhan‑Hu-1 virus. The results highlighted the SP1-77 antibody and other members of its lineage as it demonstrated very broad activity, neutralising Alpha, Beta, Gamma, Delta and all previous and current Omicron strains.

The researchers showed that SP1-77 works differently from currently used antibodies (either therapeutic antibodies or those we make in response to current vaccines). In the study, they explained that many existing antibodies function by binding to the spike’s RBD in specific locations that prevent SARS-CoV-2 from binding to our cells’ angiotensin-converting enzyme 2 (ACE2) receptors, the first step in initiating infection. The SP1-77 antibody also binds to the RBD, but in a different manner that does not block the virus from binding to ACE2 receptors.

Using a new live-cell imaging platform, the team showed that SP1-77 prevents the virus from fusing its outer membrane with the target cell’s membrane, preventing the final step that opens the body to infection.

“We hope that this humanised antibody will prove to be as effective at neutralising SARS‑CoV-2 in patients as it has proven to be thus far in pre-clinical evaluations,” concluded Dr Frederick Alt, who co-led this research.

Scientists at Scripps Research, US have also identified antibodies that are effective against different SARS-CoV-2 variants. Their study3 highlighted that some animals can make pan-SARS virus antibodies more than humans, shedding light on how to develop next-generation vaccines that can protect against emerging SARS-CoV-2 variants and other related viruses.

In the study, rhesus macaque monkeys were immunised with the SARS‑CoV-2 spike protein. The macaques were shown to have a broad neutralising antibody response against the virus – including variants such as Omicron.

“The antibody structures reveal an important area common to multiple SARS-related viruses. This region to date has rarely been seen to be targeted by human antibodies and suggests additional strategies that can be used to coax our immune system into recognising this particular region of the virus,” said co-senior author Dr Ian Wilson.

The researchers emphasise, however, that the macaque’s gene coding for these broad neutralising antibodies – known as IGHV3-73 – is not the same as in humans. Instead, the dominant immune response in humans is related to the IGHV3-53 gene, which produces a potent, but much narrower, neutralising antibody response. More research is therefore needed.

“According to our study, the macaques have an antibody gene that offers them more protection against SARS viruses. This observation teaches us that studying the effect of a vaccine in monkeys can only take us so far but also reveals a new target for our vaccine efforts that we might be able to exploit by advanced protein design strategies,” concluded Dr Dennis Burton, co-senior author of the study.

Ria Kakkad is an Editorial Assistant at Drug Target Review.