We caught up with Andreas Laustsen Co-Founder and CEO of Venomab, to find the latest in antivenom research… 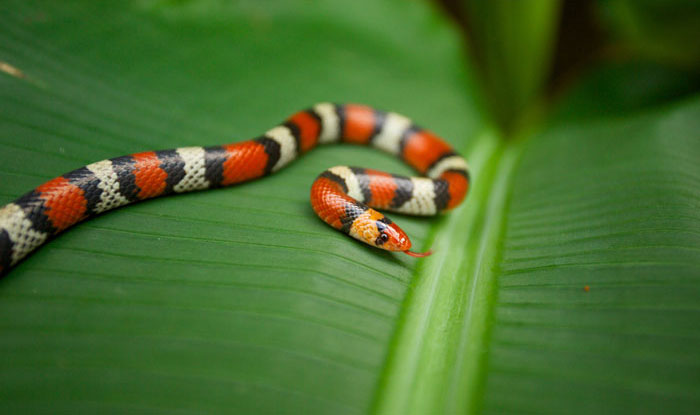 In April, Forbes will be hosting the ‘Under 30 Summit’ in Israel, bringing together some of the world’s most inventive and influential millennials. Of those attending, several experts in the healthcare industry will come together with the opportunity to cross pollinate ideas and share their technologies with innovators across the globe. One of these is Venomab, a company focusing on bringing antivenom into the era of biopharmaceuticals by replacing the serum-based animal derived antivenoms with humanised antibodies.

How did you get involved with the Under 30 Summit?

I got involved in the Under 30 Summit after being selected for the Forbes 30 under 30 list for 2017 due to my involvement in biotech entrepreneurship (co-founder of Biosyntia, Antag Therapeutics, VenomAb, and the startup project Chromologics, and my dedication to antivenom research. My main involvement is as the Head of the Junior Research Group, the Tropical Pharmacology Lab, which I started in 2016 at the Technical University of Denmark.

What would be your advice to young people in our industry?

My main advice to young people in the pharmaceutical industry is to seek challenges and opportunities that will help them develop new competences, interact with people you find inspiring, and make sure to be a good collaborator. Don’t strive for a high salary, strive for making an impact and working with challenges that you are passionate about.

When did you get involved in antivenom research, and what are the main aims of this research generally?

I have been told, that the story of my antivenom research is quite unusual: Back in late 2012, together with 3 colleagues I made a business plan for VenomAb with the aim of developing safer, cheaper, and more efficacious biotechnological antivenoms that could help treat the 5 million snakebites that occur in the world each year.

“Safer, cheaper, and more efficacious biotechnological antivenoms that could help treat the 5 million snakebites that occur in the world each year”

We spent almost a year on competing in different startup competitions and obtaining funding to engage in research. Two of us (myself and Mikael Engmark) were lucky to get funding to pursue PhDs within antivenom research, and VenomAb’s research was effectively spun into the university from the startup in 2014.Since then, I was lucky to finish my PhD, and in 2016 I established a Junior Research Group (Tropical Pharmacology Lab) at the Technical University of Denmark. This lab is now leading the antivenom research, whereas VenomAb functions as a virtual company. 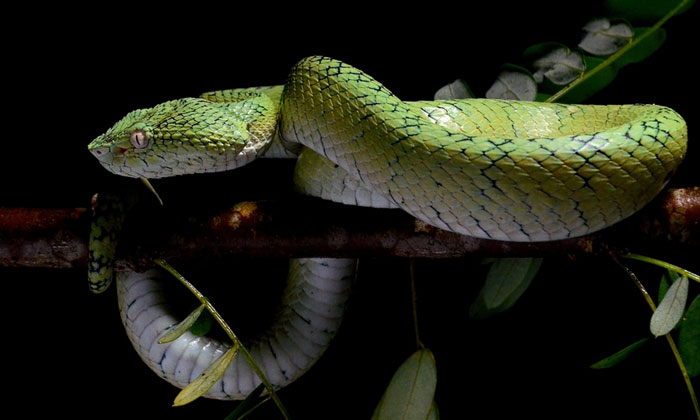 Our aim in the Tropical Pharmacology Lab is to develop the world’s first “recombinant antivenom” based on oligoclonal mixtures of human antibodies that target medically relevant snake toxins. Such an antivenom holds the promise of being able to treat snakebite victims effectively and without significant side effects.

Also, using modern mammalian cell cultivation techniques, such a recombinant antivenom can be produced cheaply and help alleviate the world’s snakebite problem, which we recently showed here and here.

What compounds do you have in your pipeline? Tell me about your human antibodies – how do they work in the body?

Currently, we have a suite of human antibodies that can bind to selected snake toxins and effectively neutralise them. 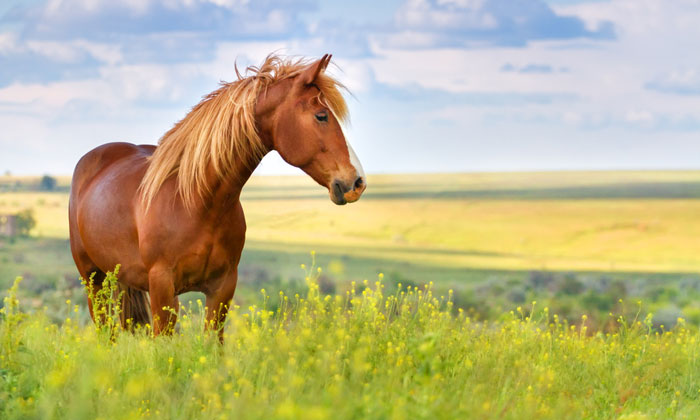 In contrast to existing antivenom, where the antibodies are derived from horses, the human nature of our antibodies make them compatible with the human immune system, which should lead to a much better safety profile, no significant side effects, and a long half-life of several weeks (thereby providing prolonged protection in the snakebite victim, who will have snake venom toxins leaking out of his/her bite wound over a course of days).

Once we are a bit further with our development, and we have the first batch of recombinant antivenom, a physician will be able to intravenously inject a liquid formulation of our toxin-targeting human antibodies into a snakebite victim. The antibodies will then spread via the circulatory system and intercept (bind to) the snake venoms toxins that will be leaking from the bite wound.

By binding to the toxins, the human antibodies will inhibit the toxins’ ability to interact with their target (which could be a receptor in the central nervous system, a factor in the blood clotting cascade, cellular membranes, or important enzymes in the human body).

What are your main issues with traditional serum-based animal derived antivenoms?

Traditional serum-based animal derived antivenoms have been instrumental for saving thousands of victims in the 120 years following their first development. And today, no alternative snakebite envenoming therapy exist!

However, some of the main issues with traditional antivenom are that they are costly to manufacture, and they are non-human. Their non-human nature may cause adverse reactions in patients, since the human immune system will recognise the animal derived antibodies as foreign, which may lead to hyperallergic reactions such as serum sickness and anaphylaxis. 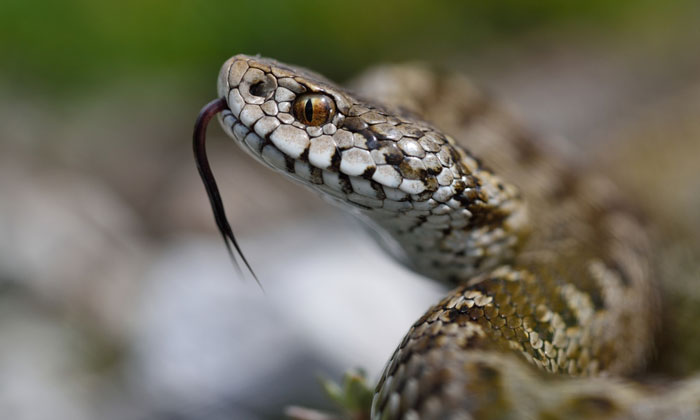 Another issue with current antivenoms is that they are not stable at tropical conditions, where many snakebites occur, which imposes a need for cold chain storage during distribution. Finally, there are several snake species, who’s bite would not be treatable with any of the current antivenoms as these have not been raised against all medically relevant snake species (although most of them).

Are we running out of antivenom globally?

The snakebite problem is by far largest in tropical parts of the world. Particularly in sub-Saharan Africa, a lack of financial incentive have led to a decrease in antivenom manufacture, causing a situation where only a few percent (I have heard down to 1%) of snakebite victims are treated with antivenom (which is the only effective treatment option).

In my opinion, the solution to this issue is to develop biotechnological antivenoms based on human antibodies that can be manufactured cost-effectively using modern mammalian cell cultivation techniques.

A significant lowering in cost of production would hopefully lead to a lowering in cost of treatment. Combined with a better safety profile, this would hopefully make physicians treating snakebite victims less hesitant to use antivenom (in fear of severe side effects and high cost) and it would better allow healthcare systems to finance antivenom usage, making it available to a larger population. 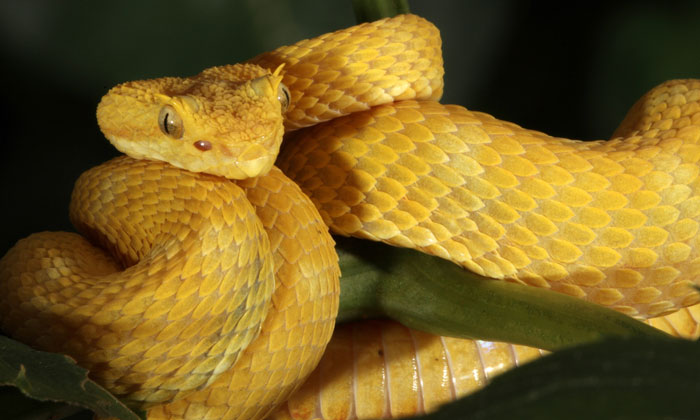 What do you see for the future of the antivenom and our industry more generally?

I am convinced that we will see a shift from serum-based animal derived antivenoms over to more modern, biotechnology-based solutions. Whether this will be in the next decade or take slightly longer is hard to predict as a large part of the challenge of getting there is to secure sufficient funding for the research that is still needed. We have all the techniques necessary, but to harness these techniques requires resources.

For the pharmaceutical industry in general it is difficult to foresee the future. But I think that personalised/precision medicine will take up pace even more, that gene therapy will become MUCH more widespread, and perhaps that reimbursement models will change from being focused on the drug to the outcome of treatment instead.

I also believe that we will become able to cure a much wider range of diseases and thereby increase life expectancy. In turn, this will unfortunately create a range of new challenges as people will get older and therefore have a longer period of their lives, where they are likely to suffer from different health-related problems, which will further challenge the healthcare systems with an increased cost burden.

One response to “Deadly bite: How Venomab’s novel research is tackling the global antivenom shortage”