Recent research into why autoimmune disorders affect women four times more frequently than men has revealed several novel therapeutic targets that may lead to the development of future treatments. 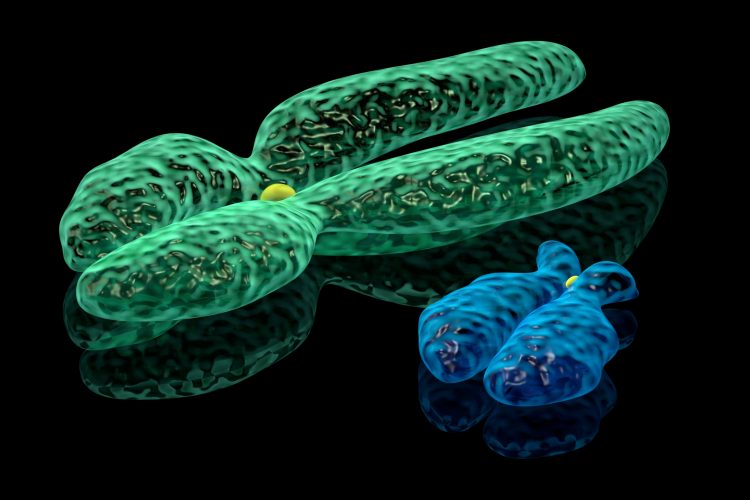 Sex-linked susceptibility has been described for many autoimmune disorders, with women being affected four times more often than men; a bias that is yet to be explained. Drug Target Review’s Hannah Balfour explores the latest research into how and why autoimmune disorders may disproportionately affect females and expounds on the therapeutic possibilities stemming from these discoveries. 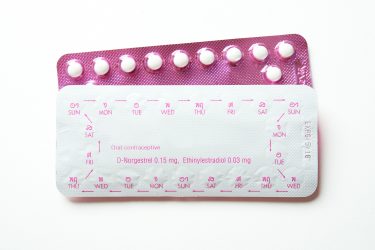 Due to the sex-linked nature of autoimmune conditions, including Irritable Bowel Diseases (IBD) such as ulcerative colitis and Crohn’s disease, oestrogen has been a focus of study in the autoimmune field for many years. The hormone signals through two key receptors, oestrogen receptor α (ERα) and oestrogen receptor β (ERβ), which are ubiquitously expressed across many cell types including T cells and regulate the activity of transcriptional machinery in the nucleus.

Oestrogen has been shown to promote the development of IBD conditions, with oral contraceptives containing oestrogen implicated in a higher risk for Crohn’s disease. Hormone replacement therapies in post-menopausal women have also been shown to increase the risk of developing ulcerative colitis. However, high oestrogen levels during pregnancy have been shown to reduce inflammation associated with arthritis, indicating that the effect of the hormone is both cell type and context dependent.

Researchers from the University of Turku in Finland and the University of Georgia in the US have found that mice with ERα specifically deleted from their T lymphocytes had less colitis and; therefore, their T cells were less colitogenic than their ERα-containing counterparts. Their findings suggest that ERα is a potential therapeutic target for autoimmune conditions.

The team created ERα-deficient mice and transferred naïve T cells from these and ERα-expressing littermates into female mice genetically engineered to have no mature B or T cells (Rag-1-deficient mice) to monitor colitis development.

Mice receiving ERα-deficient T cells had lower levels of circulating inflammatory cytokines and had histologically normal colons with minimal ulceration. The recipients of ERα-expressing T cells had evidence of inflammation spreading throughout their colons and concurrent ulceration and tissue abnormalities.

“The eureka moment of our research is that in a mouse model of human IBD, transfer of naïve T helper cells from ERα-deficient mice did not succumb to colitis, unlike transfer from their counterparts,” said Docent Zhi Chen.

She then explained: “Using a cutting-edge RNA sequencing approach combined with in vitro and in vivo experiments, we discovered that ERα regulates multiple aspects of T-cell function, including T-cell activation, proliferation and survival.”

The ERα-expressing T cells also caused the recipient mice to develop a psoriasis-like dermatitis, not seen in the ERα-deficient T-cell recipients. The team concluded that, at least for colitis, downregulation of ERα expression in T lymphocytes is a potential therapeutic option.

A new study by the University of Gothenburg, Sweden indicates testosterone limits antibody producing B cell numbers in the spleen and prevents autoimmunity by reducing levels of B cell-activating factor (BAFF), an essential B-cell survival factor.

…testosterone deficiency in male mice… resulted in 1.8 times the number of mature B cells in their spleen”

BAFF is required by splenic B cells to continue through the maturation process. Lowered BAFF levels result in B-cell development halting at an immature stage, and in this form they cannot produce antibodies. Excessive BAFF levels have been implicated in autoimmunity, as they allow the survival of autoreactive B cells. These cells recognise and target host tissue and produce autoantibodies that attack and damage tissues.

BAFF is the only current biologic target in the autoimmune condition systemic lupus erythematosus (SLE) and BAFF inhibitors are currently available as a therapeutic option. 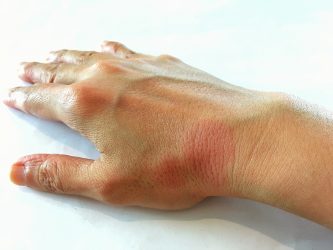 Systemic lupus erythematosus (SLE), an autoimmune condition that causes inflammation in the skin and joints. The immune system attacking the skin results in rashes.

The study, published in Nature Communications, used mouse models to study how testosterone modulates splenic B cell numbers and BAFF levels. They discovered that mimicking a testosterone deficiency in male mice by deleting their testosterone androgen receptor (AR) resulted in 1.8 times the number of mature B cells in their spleen when compared to their control littermates.

Similarly, BAFF levels in mice with deleted ARs were observed to be higher than the controls. When the researchers tested the serum BAFF levels of both testosterone-deficient males (hypogonadal) and those with normal levels  (eugonadal) to establish if BAFF elevation followed the same pattern in humans, they found that all hypogonadal men had significantly higher circulating BAFF levels than their eugonadal counterparts.

Discussing their findings, Asa Tivesten, study author and professor of medicine at Sahlgrenska Academy, Sweden, said: “We have concluded that testosterone suppresses BAFF. If you eliminate testosterone, you get more BAFF and thereby more B cells in the spleen because they survive to a greater extent. Recognition of the link between testosterone and BAFF is completely new. No one has reported this in the past.”

How does testosterone regulate BAFF?

Research is ongoing into whether enhancing α-adrenergic in the spleen could be an effective therapy for autoimmune conditions.

Aside from hormone variations, women and men differentially express genes and corresponding transcription cofactors. One such difference, identified three years ago by a team of University of Michigan, US researchers, is that women have express the Vestigial Like Family Member 3 (VGLL3) transcription cofactor at a higher level in their skin cells than men.

In their latest study, published in JCI Insight, the researchers revealed that having too much VGLL3 in the skin cells of mice caused a severe lupus-like rash and systemic autoimmune disease that extended beyond the skin.

Of note, the team found  that extra VGLL3 in skin cells changed the expression levels of several genes important to the immune system and commonly implicated in autoimmune conditions. These alterations include increased expression of IFN-κ, a key inflammatory mediator in cutaneous lupus; CXCL13, a biomarker of early-onset SLE; and BAFF.

“VGLL3 appears to regulate immune response genes that have been implicated as important to autoimmune diseases that are more common in women, but that don’t appear to be regulated by sex hormones,” says Johann Gudjonsson, MD, PhD, research team leader and professor of dermatology at the U-M Medical School. “Now, we have shown that over-expression of VGLL3 in the skin of transgenic mice is, by itself, sufficient to drive a phenotype that has striking similarities to systemic lupus erythematosus, including skin rash and kidney injury.”

The researchers intend to continue investigating the role of VGLL3 activity in autoimmune conditions, as overactivity of this cofactor is seen in both men and women with lupus. Their work will focus on why female skin cells have more VGLL3 and what triggers extra VGLL3 activity. They hope this will help identify factors downstream of VGLL3 that could be targets for new and potentially safer therapies.

These developments all indicate that an improved understanding of why autoimmune conditions are sex-biased will help in the search for therapies.

Tivesten concluded: “It’s very important to understand what causes these diseases to be so much more common among women. In this way, we can eventually provide better treatment.”