ELRIG and the British Pharmacological Society: why form a strategic alliance?

Here, the benefits of collaborating in drug discovery are explored through the strategic alliance between ELRIG and the British Pharmacological Society. 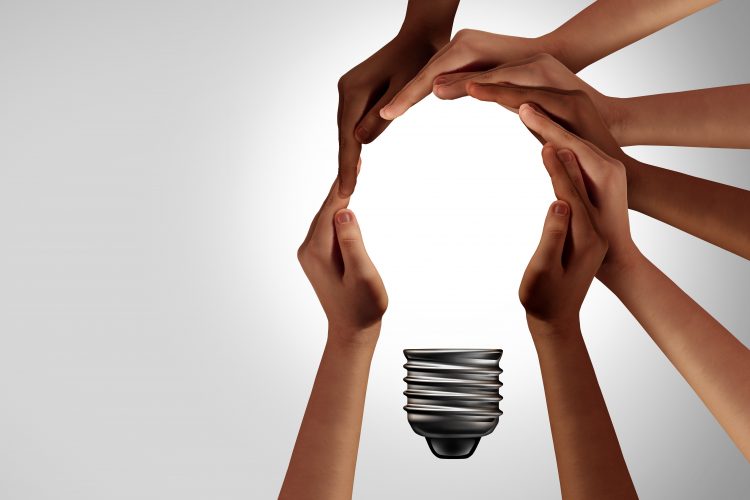 Collaborations between scientific bodies can increase innovation and improve drug discovery processes. In December 2019, the European Laboratory Research & Innovation Group (ELRIG) UK and the British Pharmacological Society announced their two-year strategic alliance, which aims to encourage progress in the development of new medicines.

Working in complementary sectors of the UK pharmaceutical and biotech sectors, academia and clinical pharmacology, the two organisations are well positioned to support each other in their respective objectives.

Drug Target Review’s Hannah Balfour spoke to Dr Ann Hayes, Chair of the new alliance, Sanj Kumar, General Manager of ELRIG and Mike Poole, Interim Chief Executive Officer (CEO) of the British Pharmacological Society to discover more about the benefits of joint ventures.Working in complementary sectors of the UK pharmaceutical and biotech sectors, academia and clinical pharmacology, the two organisations are well positioned to support each other in their respective objectives.

ELRIG primarily runs scientific meetings and conferences for its community of approximately 5,500 individuals. Of these, 75 percent are bioscience industry professionals, while others are academic drug discovery researchers and equipment and technology suppliers.

“Our primary mission is to provide high quality scientific content, free of charge, to the drug discovery community,” Kumar explained. “We also ensure the science we present is supported by vendors who provide the tools that make it happen.”

Conversely, the British Pharmacological Society has approximately 4,500 members, predominantly academics and clinical researchers. “We exist to promote pharmacology in all its forms, including clinical pharmacology and therapeutics,” Poole said.

He further explained that their primary activities include publishing research in peer-reviewed journals, hosting scientific meetings, developing the pharmacology curriculum taught by various institutions and supporting the development of educational materials and policy proposals.

Why form an alliance?

The alliance between the two organisations has the primary objective of expanding their individual reach within the drug discovery community. Both Poole and Kumar explained that although audience growth is possible alone, it can be difficult. This agreement therefore presents a unique opportunity for both organisations.

Poole discussed the Society’s five-year strategy and how the new alliance aligns with its mission. He explained: “In particular, it will support academic and industrial drug discovery and widen participation in pharmacology and therapeutics.” 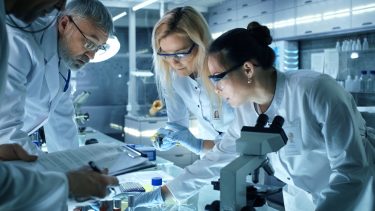 He indicated that the opportunities for sharing and collaboration presented by the alliance will be valuable to the Society’s members and that, overall, the major benefits were to make the community “bigger, stronger and more interconnected” in the hope of accelerating drug discovery.

Kumar explained that, from ELRIG’s perspective, the alliance enables them to achieve three of their key action points:

“If you think about it, drug discovery is actually applied pharmacology; we take pharmacology out of the lab and apply it in practice. We have 5,500 members in our community; the majority work in drug discovery and they apply the practice of pharmacology every day,” Kumar said, indicating that this community is what the British Pharmacological Society would benefit from accessing.

“Drug discovery is no longer just the preserve of pharmaceutical and biotech companies. A lot of drug discovery starts with target selection, for example, within academia,” Kumar continued.

Kumar explained that ELRIG also wants to access the British Pharmacological Society’s expertise in publishing, because their journals are well-respected and at present, ELRIG itself does not publish, instead requiring external sources to promote the members’ scientific findings.

Drug discovery as an industry

Collaborations between companies often enable participants to access one another’s resources, whether this be intellectual property, equipment or technical capabilities and expertise.

Dr Hayes described some of the challenges facing the drug discovery industry and how this alliance could overcome them. She indicated that most issues relate to high costs, long timelines and low success rates in the development process. 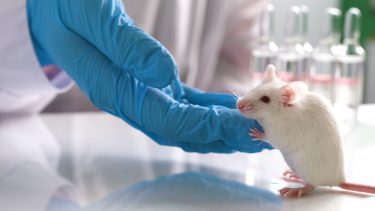 Particularly highlighted by Dr Hayes, were the failings of drugs to translate from pre-clinical animal models into humans: “information about the aetiology and pathophysiology of diseases is often lacking and animal models generally do not recapitulate the entire disease.”

She suggested that bringing the ELRIG and the British Pharmacological Society communities together would enable the sharing of expertise, particularly novel animal models generated within academic departments. In addition, Dr Hayes remarked that the collaboration will work to fulfil the “need to generate better models based on human/patient tissue.”

A major challenge for clinical drug trials, highlighted by Dr Hayes, is in the sub-classification of patients; populations are often heterogeneous and further information is required to classify them into therapeutically relevant subgroups. She said further refining these subgroups would enable a more targeted approach for new medicines, with better efficacy and fewer side-effects. The alliance could address this issue by bringing clinical and industrial expertise together.

How will the alliance work?

Poole highlighted that ELRIG and the British Pharmacological Society work in complimentary sectors of drug discovery research: “the Society has a larger population of academics and clinicians. We do have industry connections, members and trustees, but ELRIG’s community is much stronger within industry and biotech.”

Primarily, the alliance will cross-promote both organisation’s meetings to their members; for example, the British Pharmacological Society could run pharmacology tasters and workshops at some of ELRIG’s conferences. Kumar also said they will create working groups containing both ELRIG and the British Pharmacological Society members, with the aim of working collaboratively towards a specific focus area, for example marketing or publishing.

“The publishing working group is already discussing timelines for a guest editor to put together a special edition of one of the British Pharmacological Society journals, which will contain scientific content from ELRIG,” he explained.

Collaborative efforts are clearly an advantage on the pathway to progression; they allow organisations to cut costs and speed up the drug discovery process, while sharing expertise and expanding their audiences.

The collaboration between ELRIG and the British Pharmacological Society will achieve several of these strategic goals, giving both organisations access to a new audience and potential therapeutic developments. Dr Hayes, Kumar and Poole all agree that the new partnership will enhance scientific innovation and provide an effective and mutually beneficial system in the drug discovery sector.