Antibodies allow for a targeted approach to cancer therapy

Cancer can be an immovable beast, tenacious in its numerous mechanisms to thrive and grow. However, the healthcare industry has an ever-expanding arsenal of therapies designed to thwart it, with variable levels of success. Nikki Withers speaks to Dr Jill O’Donnell-Tormey, CEO and Director of Scientific Affairs at the Cancer Research Institute (CRI), who explains why antibodies have the edge over other targeted drugs. 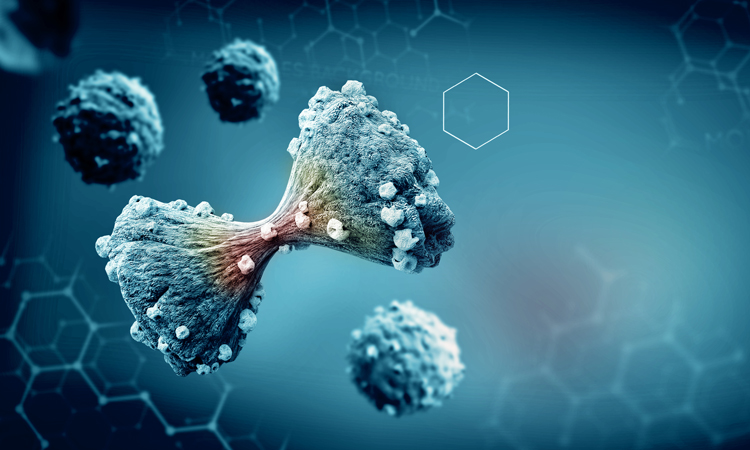 Researchers have also learned that the environment in which the cancer originates, grows and develops is not always the same. For example, some cancers have particular types of proteins or enzymes that send messages to tell the cancer cell to grow and copy itself. Understanding these details has led to the development of drugs that can target these proteins or enzymes and block the messages being sent. Targeted therapy is a form of cancer treatment that uses drugs designed to target cancer cells, without affecting normal cells and are currently the focus of much anticancer drug development.

The action of targeted drugs can work to:

Monoclonal antibodies (mAbs), also known as therapeutic antibodies, are proteins produced in the lab that are designed to attach to specific targets on cancer cells. Each mAb recognises one particular protein, so different mAbs have to be made to recognise specific targets on cancer. Some mAbs mark the cancer cell so that they will be identified and destroyed by the immune system while others prevent cancer cells from growing or dividing or cause them to self-destruct. Others carry toxins, drugs, or radiation to cancer cells.

Some mAbs influence the immune system so that it is better positioned to kill cancer cells. Examples of these include antibodies that block checkpoints, which releases the brakes on the immune system. In another immune-based process called antibody-dependent cell-mediated cytotoxicity, or ADCC, mAbs attach to the surface of a cancer cell, marking them for destruction by the immune system.

The importance of the immune system

Jill O’Donnell-Tormey, PhD, CEO and Director of Scientific Affairs at the Cancer Research Institute (CRI), explained that the immune system is an amazing tool in cancer therapy. “Our immune system has evolved to distinguish self from non-self and reacts to all kinds of assaults and insults that the body may never have been exposed to, amounting to a very specific targeted response,” she explained. “It offers many opportunities for treatment.” 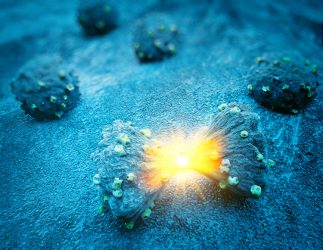 O’Donnell-Tormey has worked at the CRI for more than 30 years and, in that time, has been involved in the funding of numerous projects and discoveries relating to immunology. “We’ve focused on research surrounding immunology and cancer immunology for a very long time, way before the current excitement about immunotherapy gripped the entire biomedical field,” she said. “Some people feel that immunotherapy has only been around for about 10 years, but we have been using antibodies to treat cancer for a very long time; for example, Rituxan, Herceptin and Avastin received US FDA approval between 1997 and 2004. These work very well and are used as standard of care for many cancers.”

Comparing the potential of mAbs to other forms of targeted therapies, O’Donnell-Tormey said: “When you think about other targeted therapies you usually think about small molecules, which interact with a specific pathway. These tend to work well initially, but after time become less effective. When you are working with antibodies, you are interacting with the immune system in totality, and the immune system is very adaptive. This approach means you are not just affecting a single pathway, you are calling into play the fuller repertoire of the immune system. These mAbs may therefore be able to deliver a more durable response.”

A move to bispecifics

More recently, researchers have been looking to bispecific antibodies for cancer therapies. Bispecific antibodies simultaneously target two different antigens. In immunotherapy, the primary use of bispecifics has been to redirect cytotoxic immune cells for enhanced killing of tumour cells. One bispecific antibody has been approved in the US for use in cancer and many others are under study. These agents typically bind to an antigen on a tumour and to a target on the surface of a T cell. This tethering of tumour to effector immune cell increases the proximity of the two cells while simultaneously triggering T-cell activation. However, O’Donnell-Tormey pointed out that it can be challenging if the antigen targeted on the tumour cell is expressed on normal cells as well. “If the antigen is shared, immune cells can target both normal cells and cancer cells leading to adverse events. In order to make these antibodies more specific to cancer cells, research is currently under way to engineer antibodies that recognise two antigens on a cancer cell and a marker on T cells. This strategy potentially would limit the attack on normal cells. It is a kind of security precaution akin to requiring two keys to launch a missile instead of just one.”

In immunotherapy, the primary use of bispecifics has been to redirect cytotoxic immune cells for enhanced killing of tumour cells”

Other ongoing work involves combining checkpoint-blocking antibodies with other agents that would affect different pathways. “Hopefully, a synergistic approach would have a better response,” O’Donnell-Tormey said. “We have ongoing trials in prostate and pancreatic cancer, and soon ovarian cancer, which are looking at these antibodies in combination with other agents. Sometimes this will be with chemotherapy and sometimes other immunotherapies.” O’Donnell-Tormey concluded that CRI has yet to include bispecific or cellular therapies in their clinical programme, but that they are in discussions to do so.

Jill O’Donnell-Tormey is Chief Executive Officer and Director of Scientific Affairs at the Cancer Research Institute (CRI). She joined the organisation in 1987 and has been Chief Executive since 1993. Prior to joining CRI, she served as a research associate in the department of medicine at Cornell University Medical College and as a postdoctoral fellow in the laboratory of cellular physiology and immunology at The Rockefeller University.