Chinese hamster ovary (CHO) cell lines are a firm favourite with biologics companies because of the extensive developmental work undertaken in recent decades. In this article, Junrui Li divulges how CRISPR technology is now being employed to further enhance productivity. 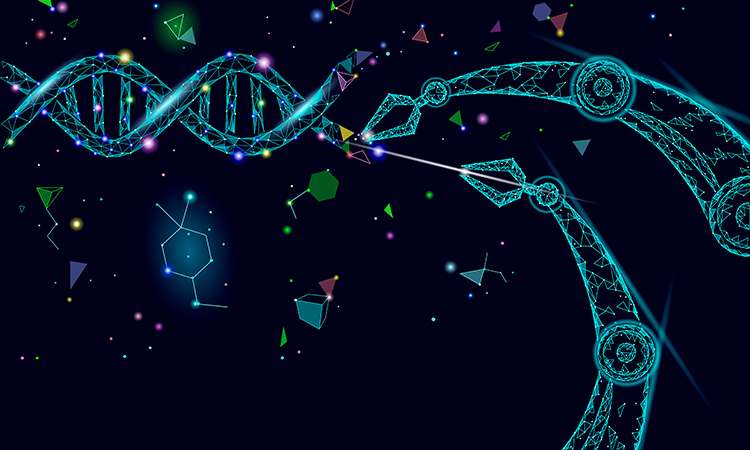 Ever since CHO cell lines were first used for biopharmaceutical production in the 1980s, industry and the scientific community have worked to improve CHO protein productivity. Conventionally, this goal has been achieved by bioprocess and media optimisation, as well as gene amplification systems such as DHFR/MTX and GS/MSX selection systems. However, modulation was not on the genotypic level. With the emergence of site-specific genome editing technologies, researchers are now able to study gene functions and regulation in a more precise manner. Early research attempts at site-specific modification of CHO genomes have been made with Zinc-finger nucleases (ZFN) and transcription activator-like effector nucleases (TALEN); however, these technologies are time-consuming and laborious.

CRISPR is a novel genome-editing technology that has been developed over the last decade. Originating from the discovery of a unique bacterial defence mechanism against a virus, CRISPR has been rapidly adopted for site-specific genome editing for many different organisms, including CHO cells. The CRISPR system is composed of two elements: single-guided RNA (sgRNA) and CRISPR-associated protein (Cas). sgRNA includes a spacer sequence that is predesigned to base-pair with a target sequence; thus, sgRNA can recognise and bind to the targeted sequence. Cas protein has a domain that can interact with a protospacer adjacent motif (PAM; a three-nucleotide sequence that is adjacent to the spacer sequence) and the domains that can carry out DNA nuclease function. Therefore, it can bind to the targeted sequence, with the guidance of sgRNA, and subsequently cleave the targeted sequence and generate a double-strand break (DSB). The DSB is then repaired by either a non-homologous end joining (NHEJ) mechanism or a homology-directed repair (HDR) mechanism if the homologous sequence is absent. The first and most popular Cas protein used for the CRISPR system is the Cas9 protein. Over the last year, more Cas proteins have been discovered and used for this genome editing technology.

Following the DNA cutting, if the DSB is repaired by the NHEJ mechanism, a random nucleotide insertion or deletion (indel) may be introduced at the repairing site. Thus, by using CRISPR, indels can be generated at the desired specific site of a gene so that the target gene can be functionally disrupted. The first instance of this was carried out by Ronda et al. to generate indels in two glycosylation-related genes, FUT8 and COSMC.2 It was demonstrated that, compared to other genome editing technologies such as ZFN and TALEN, CRISPR presented higher indel generation efficiency and is more convenient to operate experimentally.

In addition to targeted gene disruption and knock-out, CRISPR can also be used for to integrate a gene of interest (GOI) into a specific site of the CHO genome. By applying CRISPR and homology-directed repair, the DSB generated by CRISPR will be repaired and the GOI sequence inserted into the DSB site.

The Cas9 protein has various domains that carry out different functions: HNH and RuvC are the nuclease domains, which carry out the DNA-cutting function. By deactivating these nuclease domains, Cas9 can still recognise and bind to the guide RNA (gRNA) site without generating a DNA DSB. This nuclease-deactivated mutant Cas9 protein is called dCas9. Researchers can then fuse dCas9 with other functional proteins to either inhibit (CRISPR interference; CRISPRi) or activate (CRISPR activation; CRISPRa) targeted sites.

With the emergence of site-specific genome editing technologies, researchers are now able to study gene functions and regulation in a more precise manner”

For CRISPRi, when the dCas9 protein binds to the targeted sequence, guided by pre-designed gRNA, the RNA polymerase binding or movement is blocked. Therefore, the gene expression is suppressed. In order to enhance the repression, dCas9 protein can also be fused with transcription repression domains such as Krüppel-associated box (KRAB) or four concatenated mSin3 interaction domains (SID4X). dCas9-KRAB has been used for targeting the DHFR gene. It has been demonstrated that by applying dCas9-KRAB, DHFR copy number increased approximately three-fold compared to the conventional DHFR/MTX selection strategy, when using the same amount of MTX.4

Conversely, CRISPRa activates targeted genes by fusing dCas9 with the transcription activator protein. A study showed that, for CHO-S cell lines, nearly half of the total number of genes are not expressed along the cell culture. By fusing transcription activator VPR with dCas9, the expression of two naturally silenced genes, Mgat3 and St6gal1, has been successfully activated; therefore, a more human-like glycan structure was generated by activating these two target genes.5

The design of sgRNAs relies on the well-established CHO genome assemblies and proper bioinformatic tools. The first whole genome sequencing data of a CHO cell line was published in 2011, using the CHO-K1 cell line as a template.7,8 The CHO-K1 cell line is the ancestor of several commonly used cell lines, such as CHO-DG44. Since then, numerous works have been carried out to provide better CHO genomic information. One challenge of acquiring more precise and detailed CHO genomic information is the variation of different CHO cell lines. To address this challenge, the Chinese hamster genome was also sequenced and compared with sequences obtained from CHO cell lines.9

Since the invention of CRISPR technology, tremendous effort has been invested in developing tools to design sgRNA”

Since the invention of CRISPR technology, tremendous effort has been invested in developing tools to design sgRNA. While CRISPR-Cas9 was applied to CHO cell line engineering for the first time, CRISPy, an sgRNA designing tool specifically for CHO was also released.2 For sgRNA designing, maximum on-target activity is desirable with minimal off-target effects. It is also important that the designing tool is easy to operate so that it can be used to carry out sgRNA library design on a massive scale. There are several sgRNA designing tools that are currently available, but they require constant maintenance by the developer; among those tools, several have incorporated with CHO genome assemblies, including CRISPOR, CCTop, etc. Some tools allow users to upload their custom genome information, such as CRISPy-web, the updated version of CRISPy. Some of the latest tools also enable researchers to design sgRNAs for designated target lists in batch mode, enabling implementation of CRISPR screening with ease.

CRISPR technology has proved to be a powerful tool for genome editing and modulation of targeted sites of a genome. It has become a popular choice for researchers working on CHO cell line engineering studies. It seems there is still room to optimise sgRNA design and evaluation tools, as well as perfect CHO ‘omics data to provide more well-established information when designing sgRNAs. To our knowledge, the CHO research community has been making strides towards these goals. We expect that in the near future, more exciting results will be released.

Junrui Li is a freelance writer from China. He obtained his MSc in biotechnology at the Technical University of Denmark and he has worked in several research institutes and biotech companies across China and Europe. His research interest is in Chinese hamster cell line development, CRISPR genome editing technology and next-generation sequencing. 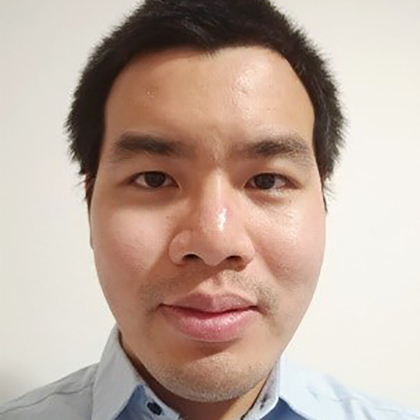