Researchers have shown that gene therapy using a single-dose injection of a virus carrying the ‘good’ gene could possibly be used to cure growth-hormone resistant dwarfism. 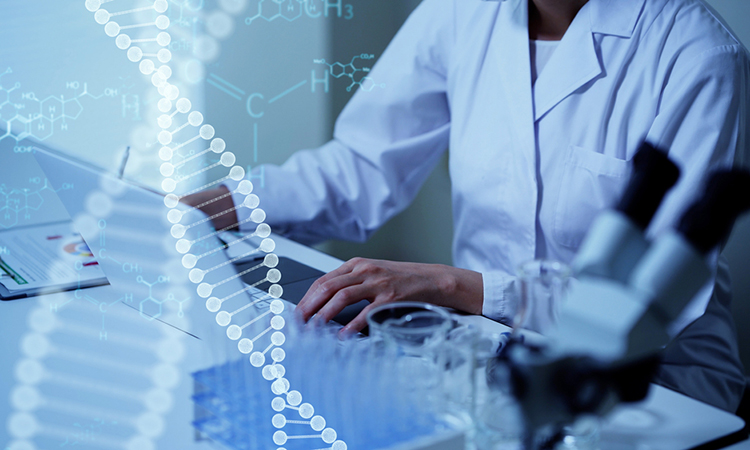 A new study from the NUS Yong Loo Lin School of Medicine (NUS Medicine), Singapore has shown that gene therapy using a single-dose injection of a virus carrying the ‘good’ gene can potentially be used to cure growth-hormone resistant dwarfism, also known as ‘Laron Syndrome’. The research was recently published in Gene Therapy.

People with Laron syndrome are very short as their bodies are unable to use the growth hormone. The team attempted to increase a hormone called insulin-like-growth factor 1 (IGF1) in a laboratory model by replacing the defective growth hormone receptor gene, using a virus containing instructions specifically targeted at the liver. The liver is the main organ producing the IGF1 hormone.  Previously, the only treatment available was injection of genetically engineered recombinant insulin-like-growth factor 1 (rhIGF1), administered daily or even twice daily. However, the results from this original treatment have not been ideal.

The team previously generated a specific gene delivery tool, called the AAV8 carrier that expressed the human insulin gene in the liver. When this showed potential to be used by diabetic patients as a long-term basal insulin gene therapy, the team attempted to further explore the potential of the AAV8 gene delivery tool to understand the extent of its efficacy. The results showed the significant size and weight which increased steadily throughout the course of 26 weeks, in comparison to the untreated laboratory model.

Other researchers have shown that there is persistent gene expression for up to 10 years to produce proteins in the liver necessary for growth, following a single dose of AAV administration. This makes AAV gene therapy an attractive treatment with potentially significantly good therapy outcomes.

Using an AAV8 gene delivery tool, gene therapy has emerged as a safe and efficient treatment with the potential to treat a variety of inherited or rare mutation disorders such as haemophilia and spinal muscular atrophy. There were no treatments available for these disorders previously. With these optimistic results, the AAV vector can be potentially used to treat people with Laron syndrome.

“Gene therapy has given us a promising start in managing dwarfism.  This is far more favourable compared to rhIGF1 injections, once or twice daily for many years, which causes side effects of pain and discomfort to patients and comes as a huge financial burden to those involved,” concluded Professor Lee K O, research lead.