In a new study, researchers have shared the identification of a new potential target for CAR T cells that inhibits growth in lung and ovarian tumours. 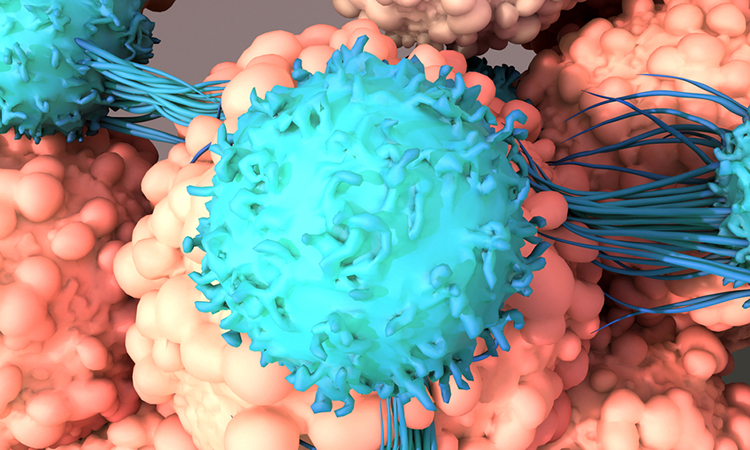 CAR T has made a big impact on the treatment of certain blood cancers, but the cellular therapy has not been as successful for patients with solid tumours, due to the lack of tumour targets not expressed in vital tissues. Researchers at Moffitt Cancer Center, US, have researchers have shared the identification of a new potential target for CAR T cells, OR2H1, that inhibits growth in lung and ovarian tumours. The study was recently published in Molecular Cancer Therapeutics.

To identify tumour markers that can make CAR T an effective therapy for patients with solid tumours, the team aimed to find a marker that is expressed on tumour cells but not on normal cells to reduce the potential for unwanted toxicities. The researchers focused the search on a group of proteins called olfactory receptors that are expressed in the nose and contribute to the perception of smell. During lab experiments, they discovered that the protein OR2H1 is expressed in a variety of solid tumours, ranging from four percent of colon cancer samples to 69 percent of cancers of the gall bladder. Importantly, of all normal tissues examined, OR2H1 was found only in the testis, suggesting that therapies that target OR2H1 would have minimal effects on normal cells.

These combined data suggest that OR2H1 may be an effective target for CAR T therapies in solid tumours. The researchers hope these initial studies will lead to the development of OR2H1 CAR T cells for a wide variety of patients with solid tumours.

“Our work demonstrates the applicability of this therapy to a wide variety of patients, given the expression of OR2H1 in a subset of solid tumours across multiple histologies, including high-grade serous ovarian cancers, lung carcinoma, cholangiocarcinoma, prostate cancer and ovarian cancers of multiple other histologies. Targeting a molecule that is not expressed in vital tissues would allow us to further engineer T cells to overcome immunosuppression at tumour beds, if needed,” said Dr Jose Conejo-Garcia, research lead.