New research has found that microbial fermentation of dietary fibre in the gut can protect against allergic skin diseases. 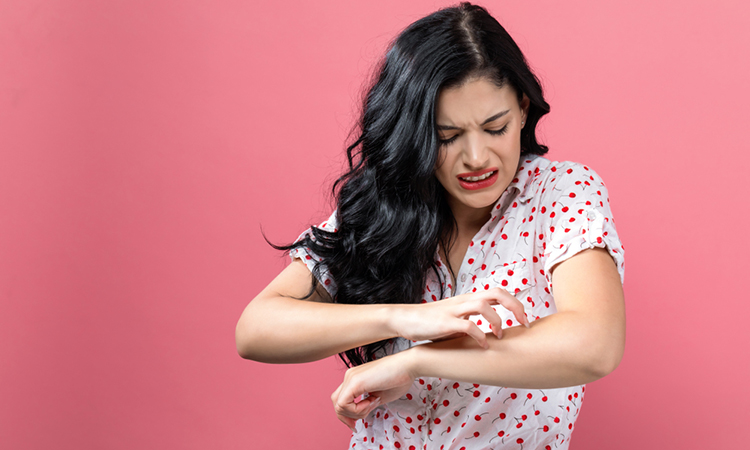 A new study from Monash University, Australia, has found that microbial fermentation of dietary fibre in the gut can protect against allergic skin disease. The research could potentially lead to novel treatments to prevent or treat allergies.

The scientists collaborated with University Hospital of Lausanne (CHUV), Switzerland. In their research, that was published in Mucosal Immunology, the researchers showed that the fermentation of fibre in the gut by bacteria and subsequent production of short-chain fatty acids (SCFAs), butyrate, protected against atopic dermatitis in mice.

While it is well established that the gut microbiome shapes the immune system, the influence it has on the skin is less explored.

“Previous work from our group, and others, has focused on the local health benefits of SCFAs in the gut as well as at distal sites such as the lung and cardiovascular system,” Professor Ben Marsland said. “We wondered if this might also extend to the skin, which is an area that has not really been investigated. People speculate that diet can influence skin health, but there is not a great deal of science behind this.”

The researchers fed mice a diet high in fermentable fibre or gave them purified SCFAs. “This treatment was profoundly protective against allergic skin inflammation,” Marsland said.

They labelled the butyrate with isotopes and tracked it in the body – it took only minutes to reach the skin where it enhanced the metabolism of keratinocytes, priming them to mature and produce the key structural components required for a healthy skin barrier.

Actively improving the skin barrier could have protective effects against environmental exposures that cause allergies and perhaps even other skin diseases which are underpinned by a damaged or weak skin barrier. SCFAs could be administered orally or directly on the skin as a cream, bypassing the gut.

“The fact that short-chain fatty acids can be given topically and are well-tolerated opens up possibilities for the development of preventative strategies or disease-modifying interventions – that represents the most significant translational potential of our research.”

One possibility to explore is whether this could help children who are at risk of developing skin allergies that cascade towards food allergies and asthma.