A new study has highlighted that the interferon gamma receptor pathway is necessary for CAR T-cell mediated killing in solid tumours. 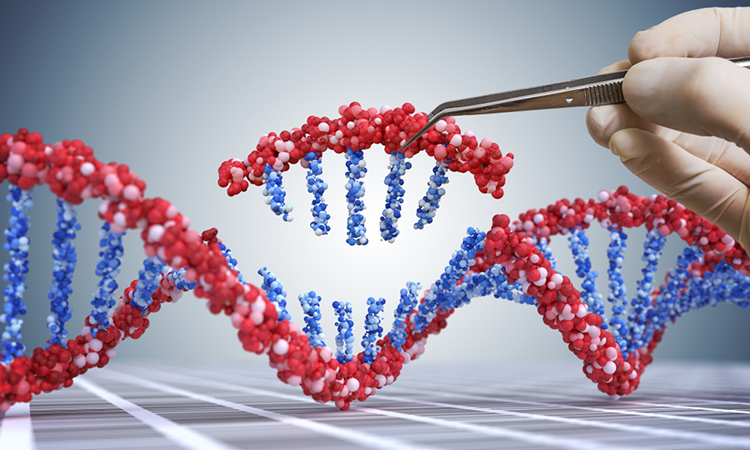 Researchers at Massachusetts General Hospital (MGH), US, have discovered that the interferon gamma receptor (IFNgR) signalling pathway is critical for susceptibility of glioblastoma tumours to killing by CAR T-cell immunotherapy. The same phenomenon was observed in other solid tumours. This discovery may partly explain why liquid and solid tumours respond very differently to CAR T-cell treatment. To identify the resistance pathways in solid tumours, the researchers developed a genome wide CRISPR knockout screen in glioblastoma. The research was recently published in Nature.

“With a CRISPR screen we were able to interrogate the entire genome in a pooled format in a completely unbiased manner, instead of looking for one or two genes of interest at a time,” explained first author, Dr Rebecca Larson. This allowed the researchers to see which genes are lost and determine the mechanisms of resistance that solid tumours use to evade CAR T-cell therapy. In this study, they applied selective pressure with a CAR to each barcoded cell in the screen. “We then sequenced the cells and could see which tumour cells were alive afterwards telling us which genes were knocked out.”

The researchers then applied the screen in multiple glioblastoma cell lines, including several cell lines derived from patients, they unexpectedly found that loss of genes in the interferon gamma signalling pathway rendered them resistant to CAR T-cell killing. “That means those interferon gamma-related genes are necessary for the tumour to die in the face of a CAR, something we had not known before and that we did not expect,” added Larson.

“We found that CAR T-cells did not bind to glioblastoma cells lacking interferon gamma signalling,” Larson explained, adding that while interferon gamma does not kill the cancer directly, it makes tumour cells stickier. “That way, the CAR T-cell can bind to it better and eliminate the cancer cell.”

Conversely, the researchers observed that the interferon gamma pathway did not have a role on the sensitivity of leukaemia, lymphoma, or multiple myeloma to CAR T-cell therapy. “The fact that we can see how solid and liquid tumours are responding to CAR T-cell therapy in different ways is very informative for how we design a future therapy.”