Scientists have identified a new treatment combination that is highly effective at suppressing the growth of head and neck tumours. 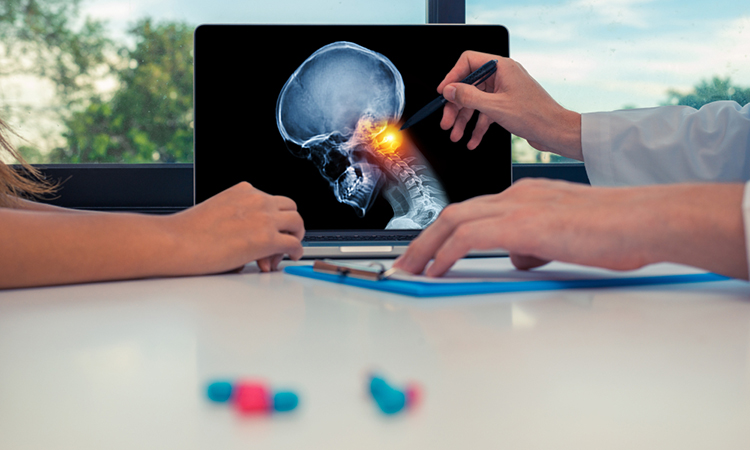 A new study in mice led by a team of scientists at the Institute of Cancer Research, UK, has shown that a combination of radiotherapy, a drug that inhibits DNA damage repair and an immunotherapy can activate natural killer (NK) cells, a type of white blood cell with the ability to kill cancer cells directly. The study was recently published in the Journal for ImmunoTherapy of Cancer.

Head and neck cancers develop in the mucous membranes of the mouth, nose, and throat, and nearly 750,000 new cases are diagnosed globally every year. Treatments include surgery, radiotherapy, chemotherapy, and immunotherapy, but patients whose disease progresses after attempting these treatments have limited options. Only around 15–20 percent of patients with head and neck cancer respond to current immunotherapies. However, the novel NK cell-targeting strategy described in this study could considerably expand the number of patients with these cancers who benefit from immunotherapy.

One key protein involved in DNA damage repair is called ataxia telangiectasia and Rad3-related protein (ATR). Previous studies have shown that using ATR inhibitors in combination with radiotherapy leads to an influx of immune cells to the tumour site, resulting in better antitumour responses in mice. This combination therapy is currently being investigated in clinical trials.

The researchers showed that mice receiving radiotherapy plus an ATR inhibitor drug had delayed tumour growth and survived longer than mice receiving either treatment alone. They also found that the combination therapy led to more NK cells in the tumour microenvironment – the area immediately around the tumour – increased expression of genes associated with their activity, and more inflammation. These events did not occur when NK cells were selectively removed from the site.

The team noticed that in response to the combination therapy, activated NK cells and tumour cells displayed new immune checkpoint proteins – the ‘brakes’ of the immune system – on their cell surfaces. This raised the intriguing question of whether these proteins could be potential therapeutic targets.

The researchers then discovered that they could significantly boost the antitumour activity of the NK cells by adding drugs that blocked two of these specific immune checkpoint proteins, called TIGIT and PD-1, following radiotherapy plus ATR inhibitor treatment. This new approach was even more effective at delaying tumour growth and prolonging survival in mice.

Advantageously, the researchers were also able to access blood samples from patients with advanced cancer undergoing palliative radiotherapy and ATR inhibitor treatment in the Phase I PATRIOT trial to analyse them and determine if the findings may apply to humans.

The samples revealed similar changes in NK cells and immune checkpoint proteins as seen in the mouse studies, supporting the rationale for adding immunotherapy to radiotherapy plus ATR inhibitor treatment in future clinical trials.

“We hope that our work will lead to further evaluation of this approach with other immune checkpoint models and, potentially, be included in part of the ongoing ADePT-DDR trial, which is evaluating ATR inhibitor and radiotherapy with or without immunotherapy in patients with head and neck cancer,” concluded study leader Professor Kevin Harrington.

The Institute of Cancer Research